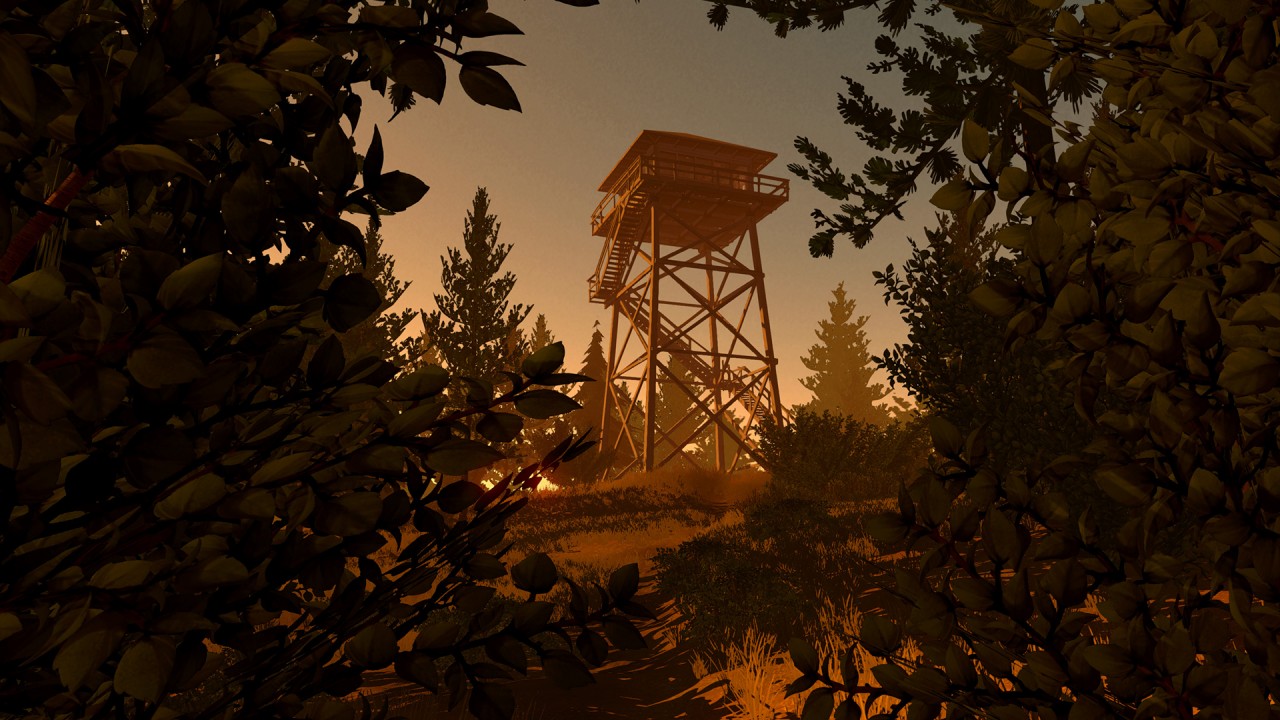 In the woods, where your only friend is on the other end of a radio.

In Firewatch, you play Henry. Henry, for reasons I won’t explore, takes up a post at a firewatch in a national park. His job is to sit in his tower and look out for fires.

You don’t do much sitting in this game. Henry meets Delilah, his boss and emotional lifeline, on the other end of a radio. Delilah is Henry’s only connection to another human, and the summer unravels in a series of bizarre events.

Delilah and Henry are great together. They tease one another, go through extreme bouts of panic and even get upset. You’ll hear real emotion behind Delilah and Henry, and you’ll even detect things like subtle hints of Delilah’s drinking problem… a point that I don’t think is really even mentioned beyond referencing the booze itself.

The relationship here is the linchpin of this game. I’ll even confidently say that Firewatch wouldn’t be half as enjoyable as it is without the pair.

The game plays out like a mystery, and it’s up to players to really piece together all the disjointed bundles of information. You’ll do that by exploring, picking up objects, reading and pushing the game when it lets you.

In that sense, Firewatch is very much like Gone Home. There’s more of a narrative here, but all of the interaction is between the virtual space, its objects and the player. Campo Santo went a bit further by adding acts like climbing and hurdling to the mix, but the core play is very much the same.

Then there are the actual subtle details about the space around you. There are all sorts of books and wildlife to find. You’ll stumble upon a raccoon, a turtle and even the threat of a bear. Your lookout is packed with exactly what you’d expect to find, and the inclusion of little things like BIF peanut butter shows a wonderful attention to detail that only loving developers care to explore.

There’s a concise story to uncover here, too, and it’s one that can be tragic, gleeful, haunting and even, at times, a touch too predictable. The style of play, though, might be off-putting to some.