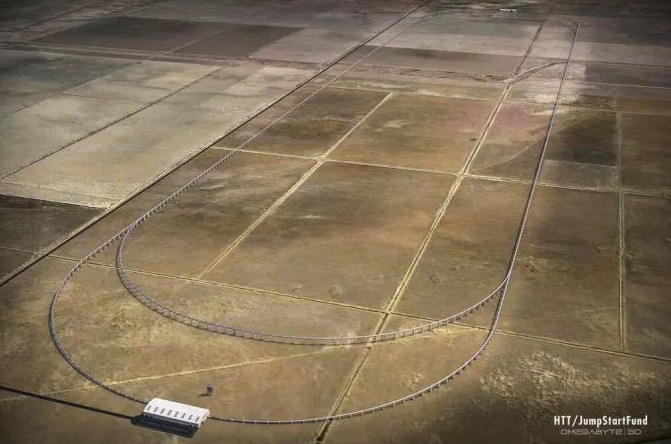 Just yesterday we told you about Hyperloop Transportation Technologies (HTT), an exciting startup racing to make Elon Musk’s Hyperloop dreams a reality. Now the company is one step closer to breaking ground on its first test track in California.

The Verge reports that HTT filed permits on Wednesday for its 5-mile test track in Kings County, California. The site is located in Quay Valley, a proposed solar-powered city located about halfway between Los Angeles and San Francisco. The company is expected to start construction very soon.

“After over two and a half years of research and development our team has reached another important milestone,” said HTT CEO Dirk Ahlborn. “This will be the world’s first passenger-ready Hyperloop system. Everyone traveling on California’s I-5 in 2016 will be able to see our activities from the freeway.”

HTT already owns the necessary land after buying it last year. The company’s main competitor, Hyperloop Technologies Inc. (HTI), also has plans to build a test track of its own near Las Vegas, where it purchased 50 acres of land.

Speaking to TechCrunch earlier this week, Ahlborn hinted that the test track could eventually become one small leg of full-blown Hyperloop connecting LA and SF in just 30 minutes. The company has also proposed a nationwide system with lines connecting the entire country, along with specific routes between major cities like New York and Washington DC.