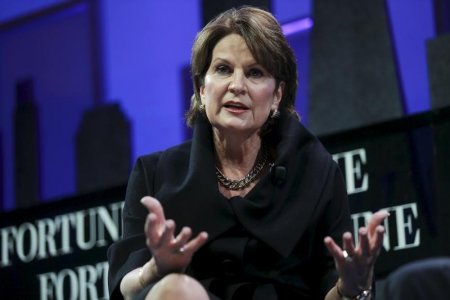 Thomson ReutersMarillyn Hewson, Chairman, President and CEO of Lockheed Martin, participates in a panel discussion at the 2015 Fortune Global Forum in San Francisco

WASHINGTON (Reuters) – Lockheed Martin Corp released data on Wednesday for Sikorsky Aircraft that showed the company it acquired from United Technologies Corp for $9 billion in November generated a net profit in the first three quarters of 2015.

Lockheed told the U.S. Securities and Exchange Commission in an amended filing that if Sikorsky had been a stand-alone company, it would have posted a net profit of $52 million in the first nine months of 2015 despite a 19 percent drop in revenues to $4.35 billion. It would have reported a loss of $38 million in the same period of 2014, Lockheed said in the filing.

The report included all revenues and costs directly attributable to Sikorsky, including the cost for facilities, functions and services. SEC rules require firms to report two years of stand-alone data for companies they acquire.

United Technologies reported results for Sikorsky as discontinued operations in its third quarterly report, citing a profit of $78 million on $4.38 billion in revenues in the first nine months of 2015. That compared with a loss of $40 million and revenues of $5.37 billion in the same period of 2014.

Byron Callan, managing director with Capital Alpha Partners, said the lower stand-alone profit reported by Lockheed in Wednesday’s filing was likely because of accounting adjustments related to the company’s acquisition by Lockheed.

Lockheed is due to report fourth-quarter earnings, which will include two months of results from Sikorsky, on Tuesday. Lockheed has said it will integrate Sikorsky into its Mission Systems & Training business, which means it will not break out separate results for Sikorsky.

In 2014, Sikorsky would have posted $167 million in net profit on revenues of $7.45 billion, Lockheed reported.

The report also cited a preliminary goodwill estimate of $2.816 billion associated with the acquisition, which was offset by the elimination of $341 million of Sikorsky’s historical goodwill.