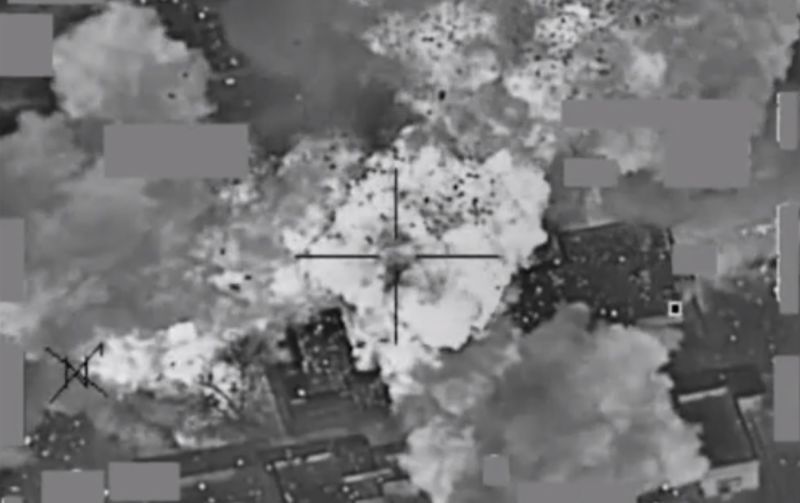 The Department of Defense has released video of its strike on an ISIS money storage facility in Mosul and it does not disappoint. In the video you can see the air filled with fluttering cash that was sent flying from the huge blasts.

The facility, which was not the first of its kind the coalition has destroyed, was used as a sort of ISIS money supply depot where funds were drawn from to pay fighters and to support other ISIS needs in the sacked city. Apparently, the coalition’s targeting folks have known about this facility for some time, but due to strict rules of engagement and its urban location, there was a effort over many days to survey it from the air, and strike when there would be minimum casualties. This is similar to the targeting process we have seen in the past when it came to other strategic ISIS facilities.

How the Islamic State became the best-funded terrorist organization the U.S. has ever confronted Read more Read more

As for how much cash was incinerated or sent flying by the pair of 2,000 pound bombs that were dropped on the facility, the Pentagon simply estimated that it was millions.

General Lloyd Austin, head of the U.S. Central Command told CNN the following regarding the strike:

“ISIL needs those funds to pay their fighters, to recruit new fighters and to conduct their various maligned activities… You know, we said from the outset of this campaign that to defeat ISIL, we’re going to have to take away its ability to resource itself.”