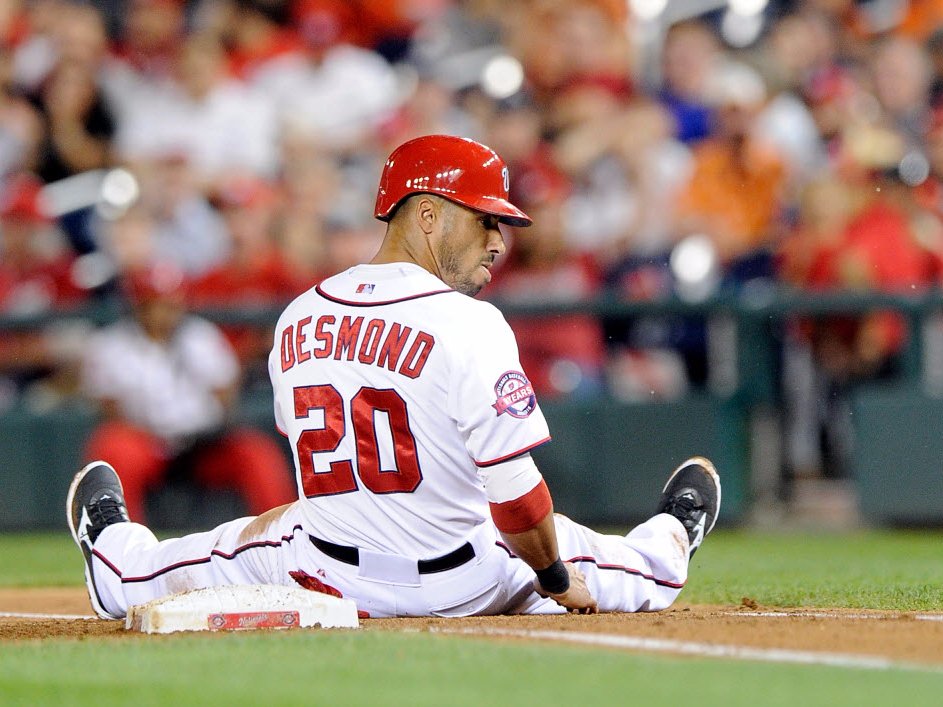 While most MLB teams finished their offseason shopping weeks ago, the Texas Rangers made a late splash on the eve of spring training by signing Ian Desmond to a 1-year, $8 million contract. While the deal is a huge win for the Rangers it is being seen as one of the biggest failures by a player in recent contract memory.

Prior to the 2014 season, Desmond, who was still two years away from free agency, turned down a 7-year, $107 million contract from the Nationals. Instead, Desmond made $17.5 million over the last two seasons and will make $8 million this year.

Desmond also turned down a 1-year, $15.8 million qualifying offer from the Nationals this offseason.

How bad is that? Former Reds and Nationals general manager Jim Bowden called it the worst contract he has ever seen for a player.

“I’m in a state of shock,” Bowden said on his SiriusXM MLB Network Radio program (via the Washington Post). “$8 million dollars? You talk about the worst negotiated contract that we’ve seen in the last five years. Is there a worse deal that we have ever seen, EVER? I have never seen a worse contract, ever. Ever, for a player. You can’t tell me you can’t even get $10 million on a one-year deal?”

Desmond’s miscalculation was the result of two factors. The first is that his production declined. In the two seasons prior to the $107 million offer, Desmond averaged 22 home runs with a .286 average, .333 OBP, and very good defense. Since then, he has still averaged 22 home runs, but his average is down to .244, his OBP fell to .302, and his defense has regressed to something akin to mediocre.

The other factor that hurt Desmond’s free agency status is MLB’s free agency compensation, a system designed to protect low-revenue ball clubs, but instead hurts both low-revenue clubs that actually want to improve their team and second-tier free agents.

By offering Desmond the 1-year qualifying offer, the Nationals were eligible to receive the highest pick not in the top ten from the team that were to sign Desmond. For teams that are dependent on developing prospects, giving up a first-round pick is just too high a price for a free agent like Desmond.

This was the case for the Tampa Bay Rays, a team that was reportedly interested in signing Desmond. However, they were just not willing to give up the 13th pick in this summer’s draft.

With many teams likely scared away by the draft-pick cost, the Rangers, who didn’t even need a shortstop, were able to wait until it was obvious that Desmond had no other legit offers. At that point, they swept in, grabbed him for $8 million, and converted him to an outfielder.

Desmond sounded like a defeated player when asked about the contract.

“I’m coming here now completely humbled,” Desmond told the media. “I think it’s clear that something needs to change. I don’t think it’s a matter of should it change. But how it should change. I spent 12-plus years with the Washington Nationals. I gave them everything I had. And I think that should be worth something, not only to them, but to me.”

At 30 years old, there is still a chance that Desmond can rebound back to his previous production levels and then re-enter the free agency market next winter and hope to recoup some of his losses. But at this point, it looks like most of it is gone.