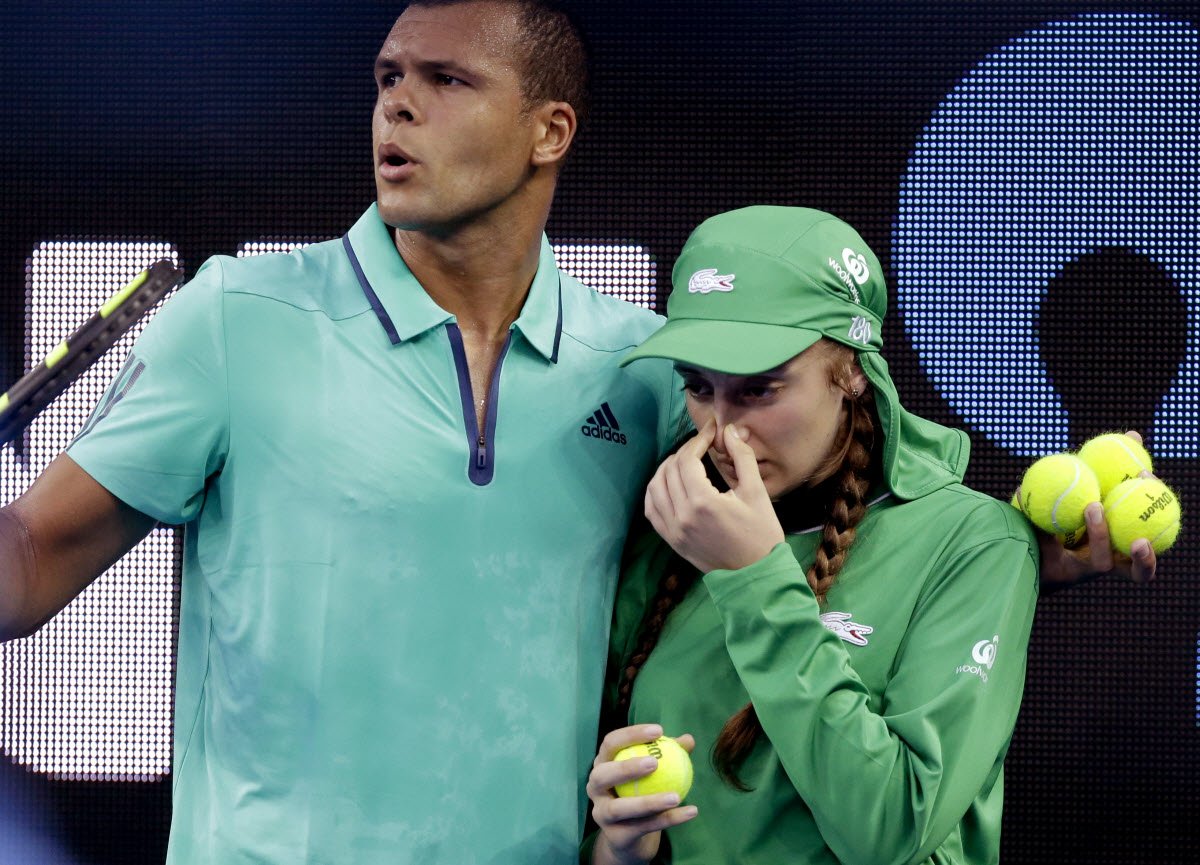 French tennis star Jo-Wilfried Tsonga cruised to an easy straight-sets win in the second round of the Australian Open, beating Australia’s own Omar Jasika, 7-5, 6-1, 6-4. But Tsonga still won over the crowd when he interrupted the match to tend to an injured ball girl.

The moment came early in the third set with Tsonga serving. As he went to retrieve a ball on the court, he noticed the ball girl was visibly upset. After checking on her, he waved over to the chair umpire to let him know. It appeared as though the ball girl had been hit in the nose with one of the shots.

Tsonga took the remaining tennis balls from the girl, held her arm, and then walked her to the sideline where an official took over and play resumed. Replays never showed the injury, but it is appears to have happened four points earlier in the previous game.

Tsonga, then on the opposite end of the court, hit a shot long that Jasika let go. That ball may have hit the girl in the nose. In this video, the ball girl is on the lower-left portion of the court, just off the screen.

It was after the players switched ends that Tsonga noticed something wasn’t right.

The crowd gave both Tsonga and the ball girl a round of applause.