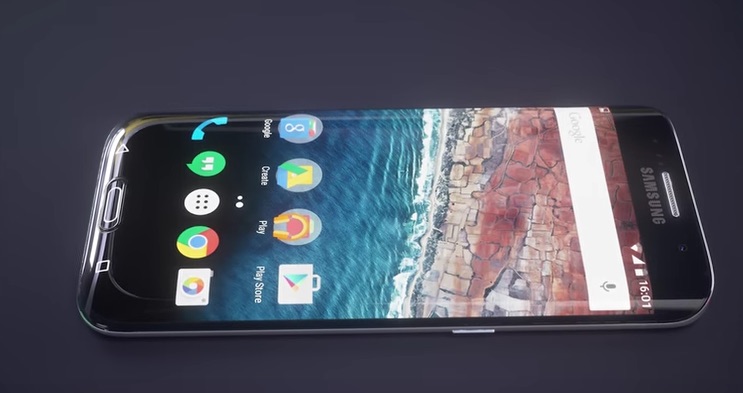 The Galaxy S7 is all but confirmed to launch next month, and it looks like Samsung is putting the device through its final paces. A recent AnTuTu benchmark shows what looks like the rumored flagship phone running the company’s own Exynos 8890 processor along with some powerful new hardware.

This version of the Galaxy S7 comes equipped with a 5.1-inch Quad HD display, 4GB of RAM, 64GB of storage, a 12-megapixel rear camera and a 5-megapixel front-facing shooter. It also runs Android 6.0.1 Marshmallow, along with whatever extra software Samsung packs in.

As for the benchmarked speed, AnTuTu notes that the device is still in its testing phase, though we may get a score in the near future. The Galaxy S7 also passed through the same site earlier this month packing Qualcomm’s Snapdragon 820 chip. The company is expected to offer its new phone with a different processor depending on region, with U.S. customers getting a Snapdragon-powered S7 and Koreans receiving the Exynos model.

Rumor has it the Galaxy S7 may also come in a few different shapes and sizes. The company will allegedly offer a standard flat-screened phone along with a curved Galaxy S7 edge. There’s also the Galaxy S7 edge Plus, which might feature an even bigger slab of flexible OLED.

Hopefully we’ll be able to put all these rumors to bed next month, though for now we’ll be on the lookout for any more news on the Galaxy S7. Here’s a quick look at the (rough) translation from AnTuTu on Weibo: