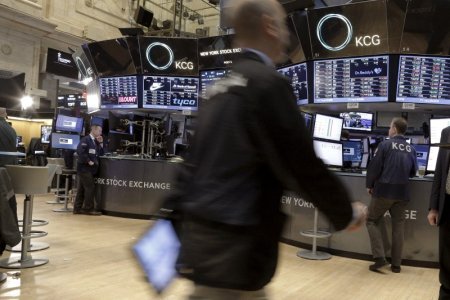 (Reuters) – U.S. stock index futures were lower on Monday, starting February on a dour note after the worst January for the S&P 500 since 2009.

* Weak economic data from China, which showed that the world’s second-largest economy’s manufacturing sector contracted in January at the fastest pace since 2012, will exacerbate concerns regarding a China-led global slowdown.

* Oil prices fell after China data added to worries about demand and an OPEC source played down talk of an emergency meeting to stem the decline. Oil prices have fallen more than 70 percent since mid-2014.

* Slammed by collapsing oil prices that have fed doubts about the health of the global economy, stocks have had a volatile start to the year with traders expecting the Fed to scale back the number of rate hikes this year.

* Wall Street surged over 2 percent on Friday after the Bank of Japan unexpectedly cut interest rates and technology shares rallied.

* A slew of U.S. economic reports is scheduled to be released on Monday, including manufacturing and consumer spending numbers.

* The reports follow a weak reading of the GDP, which showed that the U.S. economy expanded at only 0.8 percent in the fourth quarter.

* Fourth-quarter corporate reporting season is well under way, with S&P 500 companies on average expected to post a 4.1 percent drop in earnings, according to Thomson Reuters I/B/E/S.

* Internet giant Alphabet , which reports after the bell, was up 0.9 percent at $767.97 in premarket trading.

* Chipotle Mexican Grill was up 4.5 percent at $473.20 after the Wall Street Journal reported that an E. coli outbreak that affected the burrito chain’s customers last year may be declared as over as soon as Monday.