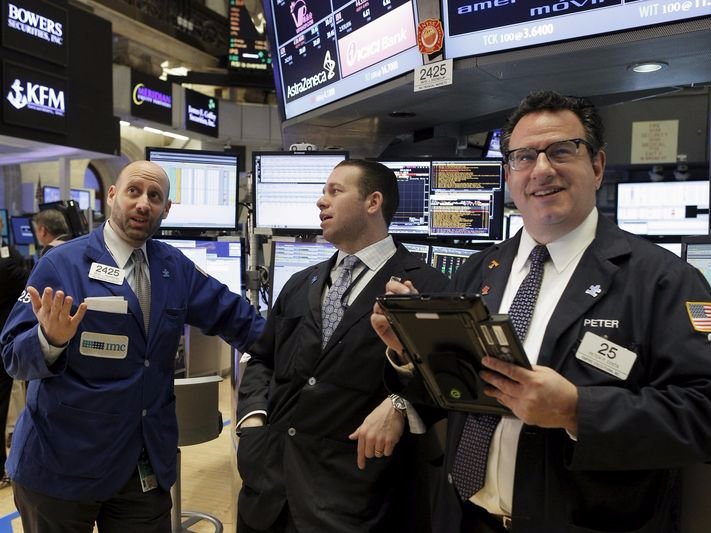 From Dave Lutz at JonesTrading, here’s a quick guide to what traders are talking about on Monday:

Good Morning! US Futures are retreating slightly, as investors take profits from Friday’s sharp move higher. Angst in Asia seems to be the excuse early, as Chinese Manufacturing activity weaker than expected and the BoJ-induced rally is fading – but keep an eye on Oil, which is breaking down by 2% as more headlines insist there is no deal coming among producers to curb output. Markets are a sea of red in Europe, with the DAX dropping 80bp as Financials, Tech and Material sectors are all hit. The FTSE is only off 40bp as Yield Sectors continue to attract flows, but a sharp downdraft persists in those Financials. Volumes in Europe have quieted down from last week’s frenzy, with the DAX pacing 20% light to 2016 averages. Over in Asia, It’s a mixed picture despite PMIs coming in weaker – Shanghai Lost 1.8%, but Japan jumped 2% as investors embraced the weaker yen coupled with Sony headlines – Aussie gained 80bp, and most EM plays were able to close well in the green.

Demand remains for Sovereigns, as 10-year JGB yields are on the cusp of zero, pressing German bond yields to touch new record lows. The US 10YY is up small after nearing 1.9% in the overnight, but weakness in the Oil patch may reverse that pop as headlines insist there is no OPEC deal coming. Eyes remain on the Yuan, as PBOC allowed it to weaken on Monday, breaking a six-day streak of strengthening – and angst builds as No Stimulus announced with New Year’s coming. Euro is breaking higher in Risk-off action, as the Dollar retreats from 12year highs as we await Jobs data this week from the States. Despite the weaker $, Copper, Zinc and Nickel are all off 1%+ on weaker Chinese Manufacturing data, and WTI is breaking under $33, losing 2.5% in the early go. Natty Gas is getting smoked for 4%, as very warm weather forecasts continue to circulate for the North-East.

Ahead of us today, at 8:30 we get PCE Deflator; Personal Income and Spending – followed by Markit US Manufacturing PMI at 9:45, just ahead of the “official” ISM Manufacturing and Construction Spending at 10am. We do have 2 Central Bank Heavyweights speaking – with Draghi at 11am, followed by Federal Reserve Vice Chairman Stanley Fischer discussing the recent developments in the U.S. economy at 1pm today. Down in Washington, at 10 Pipeline and Hazardous Materials Safety Admin. holds meeting of Liquid Pipeline Advisory Cmte to vote on proposed rules for liquid pipeline safety, followed by a 11am EPA teleconference on potential impacts of fracking on drinking water resources. Tonight brings us GOOGL earnings, along with the Iowa caucuses for Democratic, Republican candidates.

SEE ALSO:10 things you need to know before the opening bell