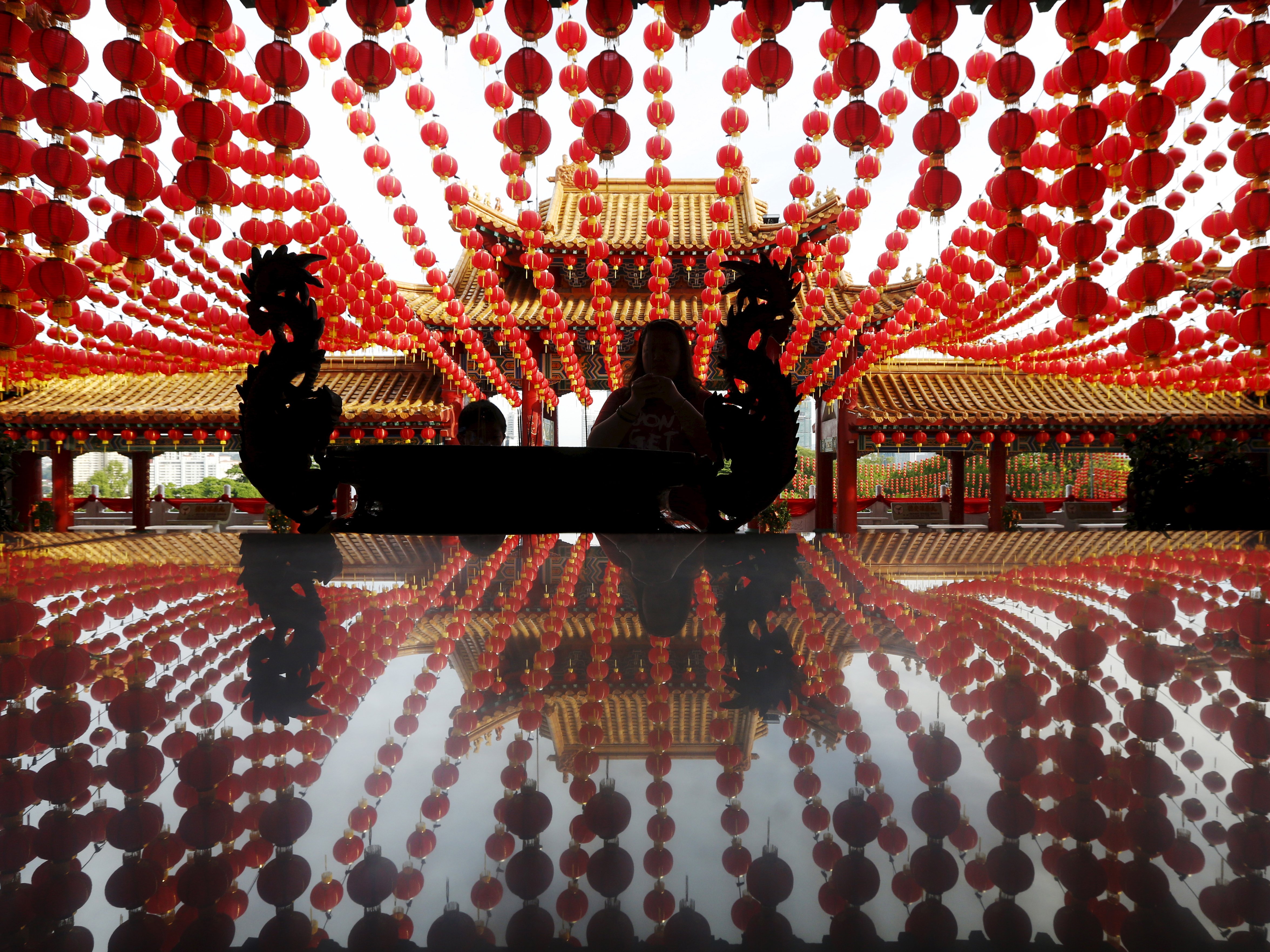 Reuters/Olivia HarrisA woman praying ahead of the February 8 Chinese New Year celebrations at a temple in Kuala Lumpur, Malaysia.

The Iowa caucuses are Monday. The first voting of the US presidential primary takes place Monday in Iowa. On the Democratic side, polls suggest former Secretary of State Hillary Clinton holds a slight lead, but Sen. Bernie Sanders (I-Vermont) is within the margin of error. As for the Republicans, real-estate mogul Donald Trump is the front-runner, followed by Sen. Ted Cruz of Texas and Sen. Marco Rubio of Florida. New Hampshire is the next primary, with voting taking place Tuesday, February 9.

China PMIs were mixed. China’s official Manufacturing PMI Index fell to 49.4 in January from 49.7 in December, holding below the 50 expansion/contraction line for a sixth straight month. Additionally, the National Bureau of Statistics’ nonmanufacturing gauge slipped to 53.5 from the previous print of 54.4. There was some good news, however, as the Caixin Manufacturing PMI number edged up to 48.4 from 48.2. The Chinese yuan ended little changed at 6.5786 per dollar.

A huge Ponzi scheme was reported in China. Chinese authorities have arrested 21 people in connection to a suspected $7.6 billion peer-to-peer lending Ponzi scheme by the lending service Ezubao. According to the state-run Xinhua, Ezubao conned about 900,000 investors out of 50 billion yuan ($7.6 billion). Ding Ning, the chairman of the holding firm Yucheng Group, which operates Ezubao, is accused of using investor money to fund his own real-estate projects and to pay off early investors.

Barclays and Credit Suisse have reached a “dark pool” settlement. The Securities and Exchange Commission says the two investment banks have settled claims they violated federal securities law with their dark pools, or private exchanges where securities are traded. Barclays will pay $70 million, and Credit Suisse will pay $84.3 million, AFP reports. “These largest-ever penalties imposed in SEC cases involving two of the largest ATSs show that firms pay a steep price when they mislead subscribers,” Andrew Ceresney, director of the SEC’s Enforcement Division, said.

Marissa Mayer is planning to stay at Yahoo. The New York Post reports that Yahoo CEO Marissa Mayer has no plans to leave the company anytime soon. This comes as unwelcome news to activist shareholders, including Starboard Value LP, who have been threatening a proxy battle to replace her. Yahoo will release its quarterly results Tuesday, with the Bloomberg consensus expecting adjusted earnings of $0.12 a share on revenue of $948 million.

Earnings reports continue to flow. Aetna, Cardinal Health, and Sysco highlight the names releasing their quarterly results ahead of the opening bell, while Alphabet and Banco Santander report after markets close.

US economic data is heavy. Personal income, personal spending, and core PCE prices are all due out at 8:30 a.m. ET. Construction spending and ISM Index will cross the wires at 10 a.m. ET. The US 10-year yield is up 1 basis point at 1.93%.

NOW WATCH: We tried the new value menus at McDonald’s, Burger King, and Wendy’s — and the winner is clear