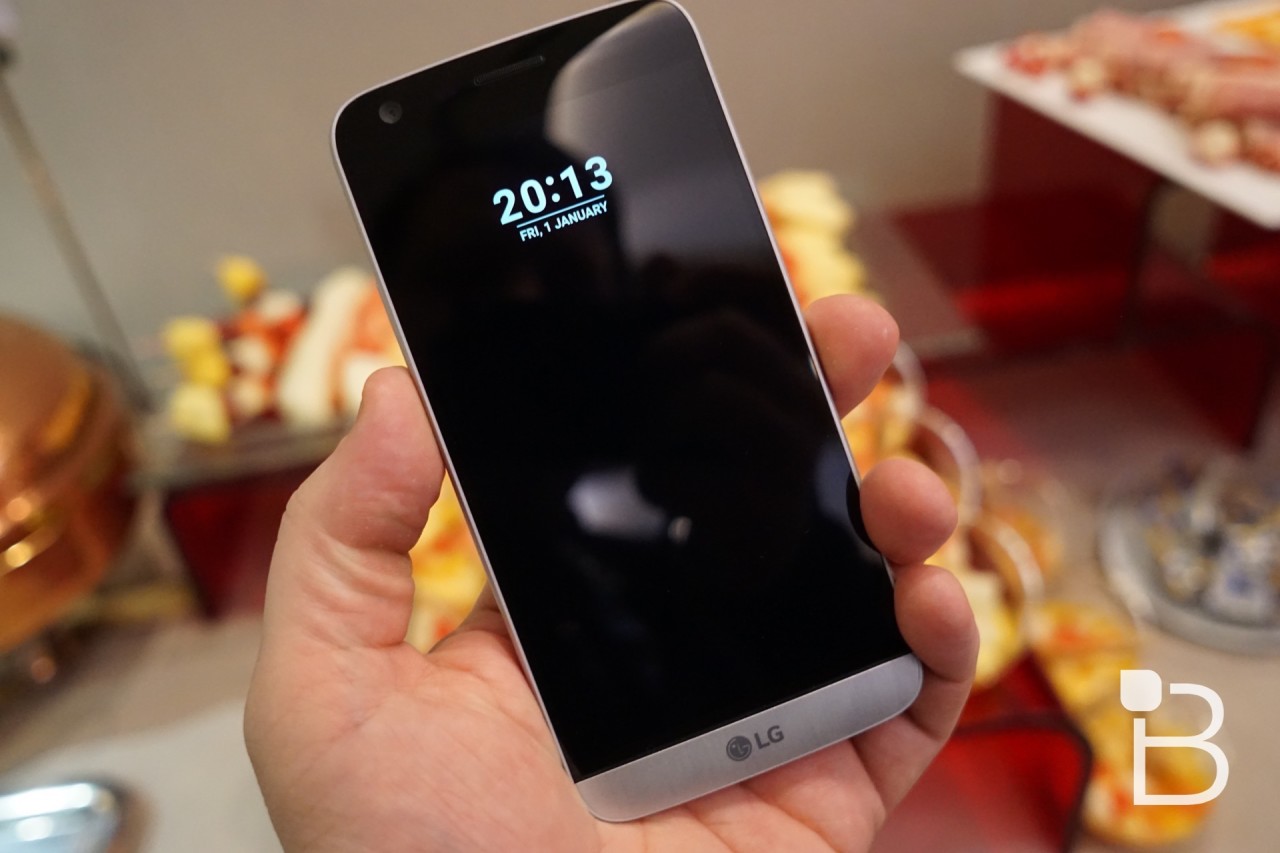 On my way to Mobile World Congress this year — and even in the weeks leading up to it — I had a hard time trying to figure out what to get excited about. New phones? Sure, there’s always a bit of a fire inside of me for new hardware and tech. As I’ve already argued, however, it feels like last year’s phones are still really, really solid devices. We’ve reached some sort of plateau where manufacturers can only do so much to make their devices compelling anymore.

LG knows this and admits it. The company said that, look, most smartphones out there already take pretty good pictures. The software is good, hardware is solid, battery life is OK. So what does LG, knowing this, do to distinguish itself?

That’s where the G5 comes in.

We had a chance to play with the LG G5 this week. It has all of the trimmings of a 2016 flagship, including a 5.3-inch Quad HD display, a Snapdragon 820 processor, 4GB of RAM, a 16MP camera, a 2,800mAh battery, a microSD card slot, a removable battery and more. But LG did a few things that make this phone stand out.

Remember that “Magic Slot” that we heard so much about in early rumors? The G5 doesn’t have one — at least it isn’t called a “Magic Slot” and LG says it has never used such terminology. Instead, LG has what the company is calling “Friends” that the phone works with.

The bottom of the phone pops open — that’s where you can slide out the battery and pop in a new one, almost like a cartridge — and this is where you can also add different “Friends” or accessories. There’s one called the “LG CAM Plus,” for example, that adds additional battery power, and a special grip that provides zoom controls, focus controls for the camera and more.

Another such accessory is the LG HiFi Plus, which was built with Bang & Olufson. It upsamples audio from anywhere, even streaming services, to provide the best audio experience. I’m not much of an audiophile, and we couldn’t test this during our brief hands-on, but it snaps onto the bottom of the phone and seems like a really compelling upgrade.

It’s all very unique and unlike anything we’ve seen outside of Google’s modular smartphone efforts. It actually has me a bit more excited for a smartphone again, which is more than I can say for other OEMs out there. The rest of the phone, as LG said, is neat, but isn’t exactly groundbreaking. There’s a fingerprint reader that doubles as a home button, the Quad HD screen looks sharp and the experience seems snappy.

One area where I do like LG’s hardware improvements, however, is the camera. It’s capable of snapping both standard and super wide angle, almost fish-eye, photos. It does this using two camera sensors, enabling an end user to snap a 135-degree wide-angle photo. It was really fun to use in my tests, and you can actually capture more than what the human eye can see in the frame.

LG will also sell a VR headset that works with Google Street View and YouTube 360, in addition to a new 360-degree camera as accessories for the smartphone. There’s even a unique little BB-8 type robot that the company will sell, which doubles as a security camera when you’re away from home.

If you’ve been following closely, LG seems to have addressed my very concern coming to the show. It knows that smartphones are “good enough” now, so it’s creating an ecosystem. From what I’ve seen so far, it’s off to a really great start.