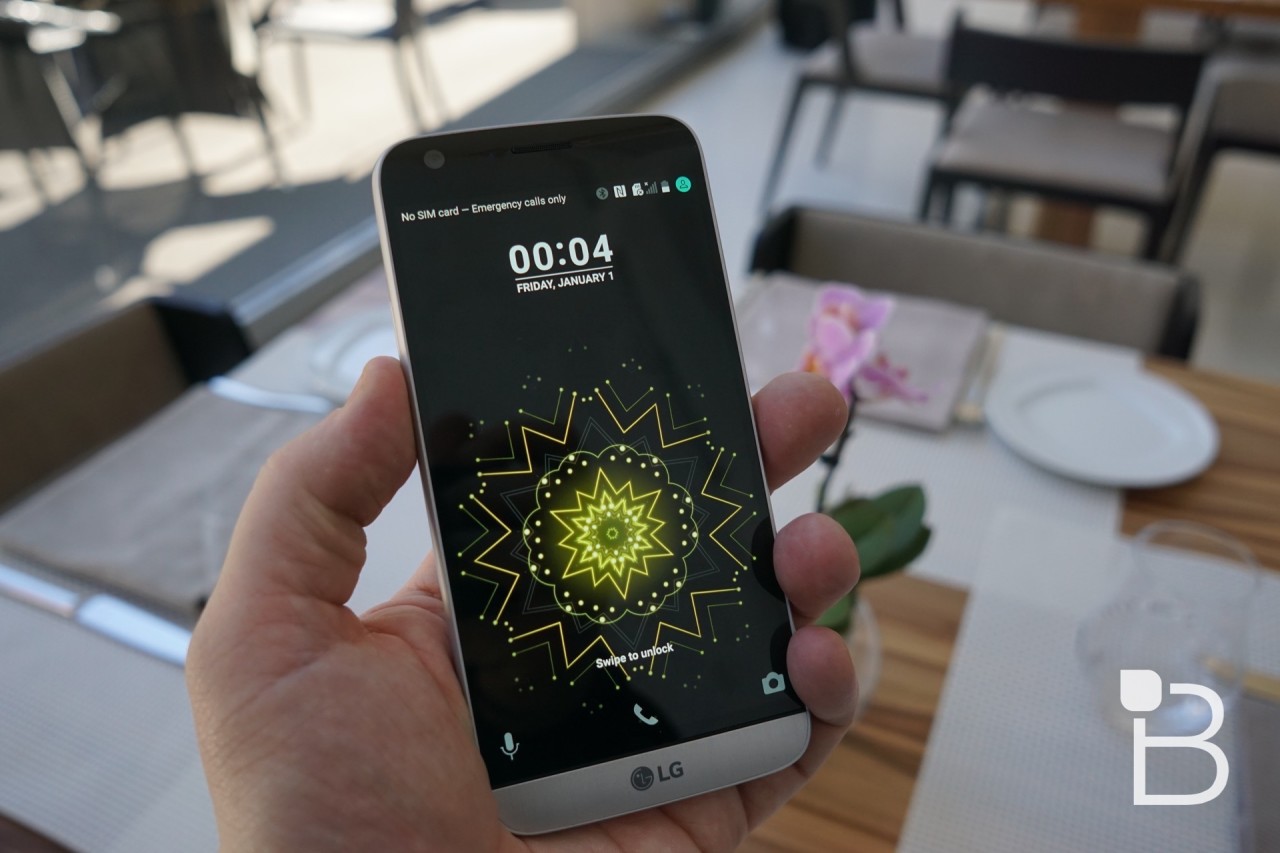 LG just unveiled the G5 during Mobile World Congress 2015. It, unlike any other smartphone on the market now, features an incredible modular design. Oh, yeah, and some awesome accessories that LG is calling “Friends.”

Lets get some specs out of the way first. The LG G5 sports a metallic body, a Snapdragon 820 processor, a dual-lens camera system that allows you to snap wide-angle photos thanks to dual 16MP and 8MP camera sensors, a wide-angle front-facing 8MP camera, 4GB of RAM, expandable storage, a 2,800mAh battery and a 5.3-inch Quad HD display.

Sound pretty awesome? It is, but it gets cooler.

See, LG used the area where the battery sits as a special slot that can be used for added accessories. There’s one that lets you swap in a camera holster that adds an extra battery, zoom controls and a dedicated camera button. Or you can attach a special HiFi audio unit that LG built with Bang & Olufson and upgrade your audio experience. Those are just two early examples, but you can expect more.

LG is also finally getting a bit more serious with VR and introduced its new 360 VR headset. It works like Google Cardboard but is a bit more premium, and easily plugs right into the USB-C jack at the bottom of the LG G5.

We’re impressed with what the LG G5 offers on paper. Check out our hands-on shortly for a much closer look, or sit tight until it launches in April. Pricing has not yet been disclosed.