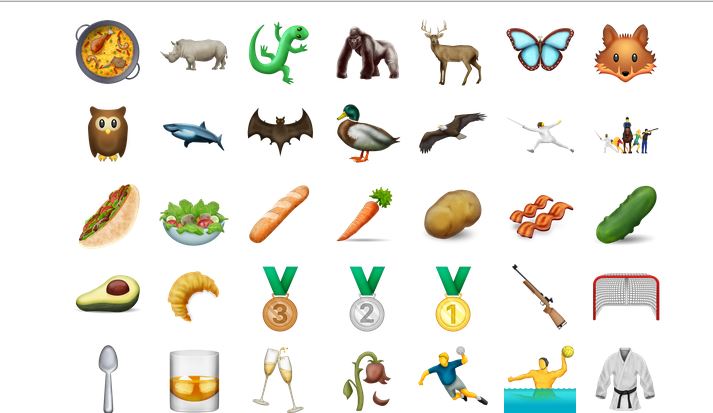 Google and Apple just finished rolling out updates with the latest emoji, but it looks like both firms should get right back to the drawing boards. Emojipedia recently published a bunch of mockups for emoji that it says are currently “emoji candidates.” The batch may make it in the next Unicode 9.09 release sometime during the middle of this year.

There are some good ones included, though remember, these are just mockups and it’s unclear what will make it into the final bundle, or what they’ll look like yet.

Me? I’m partial to getting my hands on some crispy bacon emoji. I also dig the gorilla, the penathalon and the tumbler glass that looks like it has a nice serving of bourbon in it. Others include juggling, a selfie, a pregnant mother, a potato and a stuffed pita. Nice.

Check out the whole batch of mockups above.