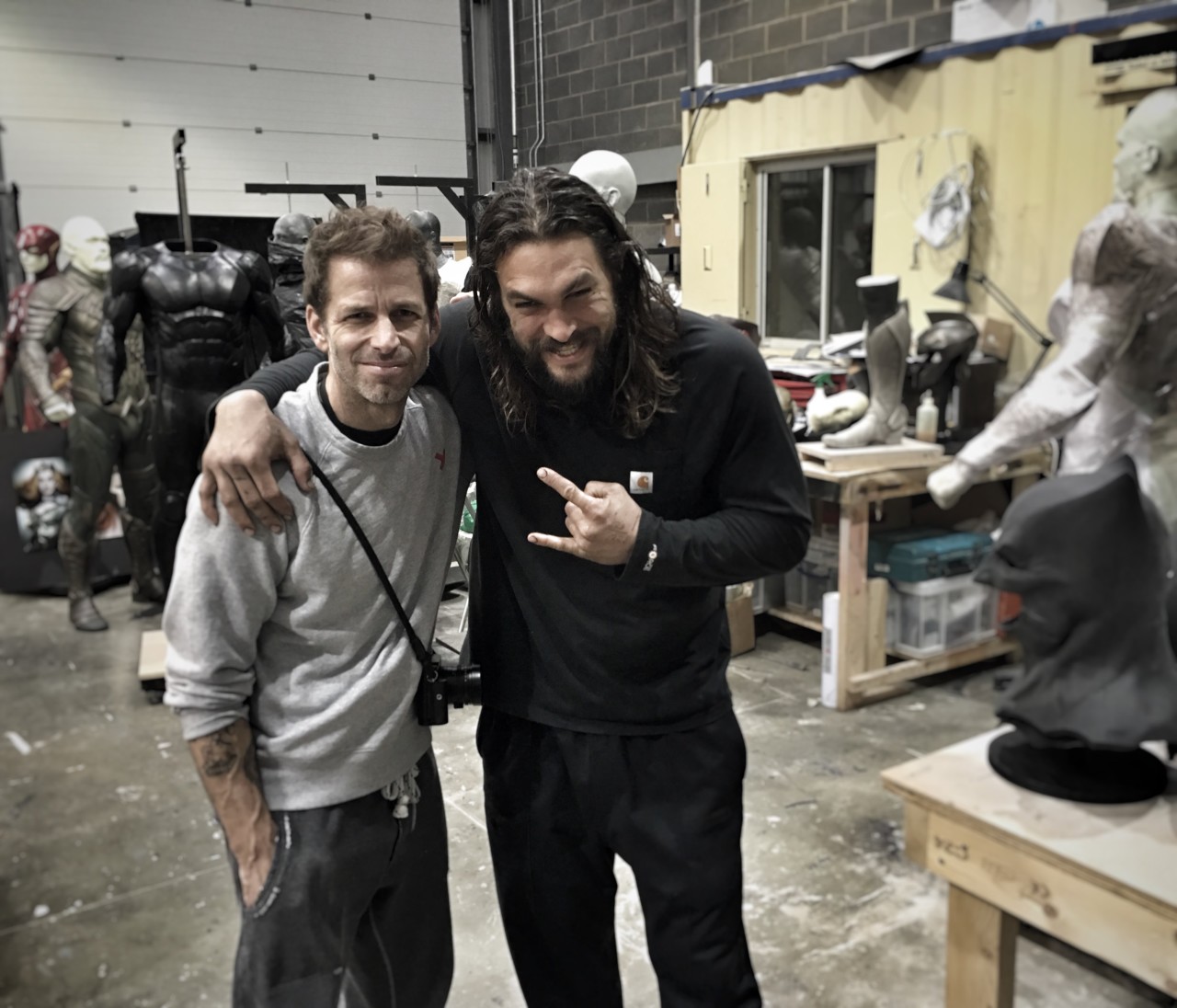 Soon after news broke about the start date of Justice League, director Zack Snyder Tweeted a photo that includes a huge tease. On the surface, the image just looks like nothing more than Snyder and Jason Momoa hanging out at Leavesden Studios in England, but look closer, and you’ll recognize a familiar red costume near the back. Stumped? That’s the Flash, who will be played by Ezra Miller (and is different from the Flash we see on TV) when Justice League hits in 2017.

There have been rumors the character will actually appear in Batman v Superman: Dawn of Justice. If so, this is a pretty big reveal on Snyder’s part. There are other costumes and props in the photo, including Batman’s cowl in the foreground (on the right), along with what appears to be Aquaman’s suit just in front of the Flash. Meanwhile, it looks like there’s a picture of Mera, Aquaman’s wife, right behind his armor. And whose outfit is that over Snyder’s right shoulder (our left)? It’s likely Batman’s, though some are suggesting it could belong to Cyborg.

What’s funny about the photo is that it’s so drab and dreary—there’s hardly any color; it might as well be black and white. Then you notice the Flash’s suit standing in the back, and it sticks out like a sore thumb. Things are starting to get pretty serious with Batman v Superman just over a month away. Check out the photo for yourself in the gallery above.

Deep in it with Jason on JL #Aquaman#JusticeLeague#Leavesden@PrideofGypsiespic.twitter.com/3BIgebQvHF