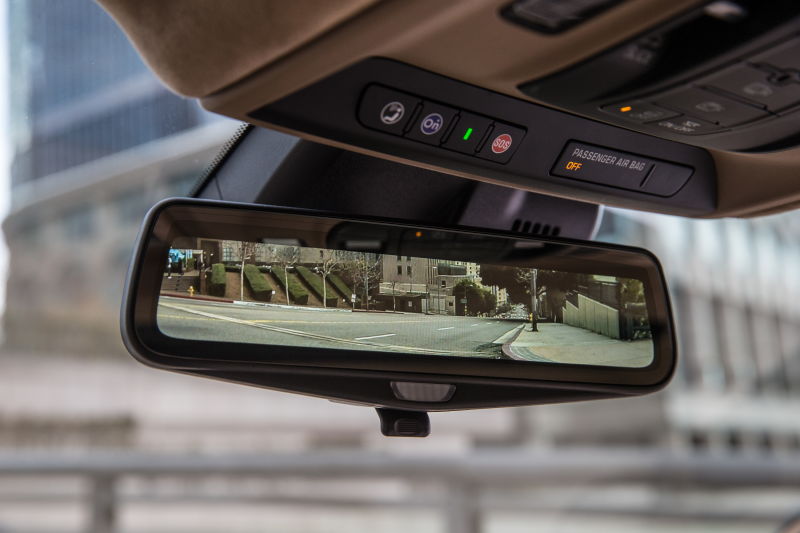 We recently tested the all new Cadillac CT6, and we genuinely liked it. Among many of its interesting features was a fancy new rear-view mirror set up that could switch between a mirror reflection and a rear camera feed, which just finally managed to get approval from the National Highway Traffic Safety Administration.

To destroy your enemy, you must find him, face him, and then… become him. That’s a tagline from… Read more Read more

In the letter below, released by the National Highway Traffic Safety Administration today, the organization deemed Cadillac’s new mirror/camera equipment, called the “Full Display Mirror,” legal under the existing safety requirements for an inside rear view mirror:

The approval comes from the final paragraph, which reads, “While the Full Display Mirror is an item of motor vehicle equipment that performs additional driver activated functions, we do not believe that the fact that it performs such functions alters its basic identity as an item that includes an ‘inside rearview mirror of unit magnification.’”

It always interests me how these letters are worded, with NHTSA essentially saying “it’s not NOT allowed,” which is equivalent to an okay.

You may be wondering why the new mirror, which can switch between a traditional magnified mirror image to a video feed from a rear-facing camera on command, is already fitted to models like the Cadillac CT6 we just reviewed when it hadn’t been cleared by the NHTSA. It turns out that a vehicle is not required to have an “interior rear-view mirror” under the current safety standards as long as it has a passenger-side outside rearview mirror (which is mentioned in the letter).

But nonetheless, Cadillac’s new fancy camera mirror has been deemed kosher going forward, so expect it to show up on many more future GM models. The biggest benefit is the camera setting’s ability to show a much broader scope of the area behind the car as opposed to the magnified mirror. Should be handy for backing in and out of spots, and J-turns or whatever.

We’re just one step closer to all those concept cars with cameras for mirrors becoming a reality. I bet design students are going nuts right now.