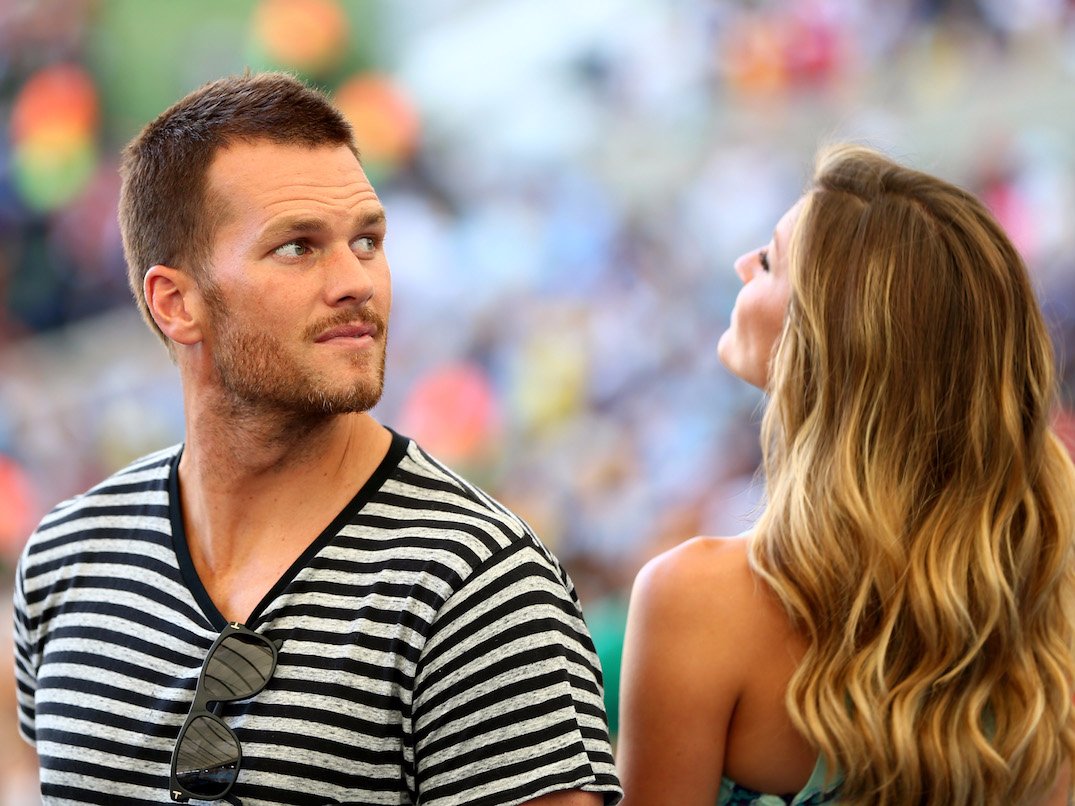 Tom Brady has said repeatedly that he plans on playing into his mid-40s if his body allows it, but his wife, supermodel Gisele Bündchen, may not be in favor of that option.

During an interview with CBS’s Charlie Rose, Rose asked Bündchen about her thoughts on Brady’s plan, referring to a recent ESPN interview in which Brady said he wants to play until 45, but Gisele wants him to be careful with his body.

“As a wife, I’m a little bit — it’s, as you know, it’s not the most — let’s say an aggressive sport,” Bündchen said. “Like, football — he had a concussion last year. I mean, he has concussions pretty much. We don’t talk about it, but he does have concussions.”

Bündchen also said she doesn’t think it’s healthy for a person’s body to go through so much contact over and over.

“I’m planning on having him be healthy and do lots of fun things when we’re like 100, I hope.”

It’s unclear how many concussions Bündchen is referring to, or when they were sustained. It’s also unclear if Bündchen is implying that Brady played through a concussion last season. He could have sustained one in training camp or preseason and sat out, possible into his four-game suspension, or he could have sustained one going into a bye week and gotten over it by the time he played again.

In 2016, Brady made headlines for an interview with ABC News in which he said concussions are “a part of life.” While he said it’s important to understand the science and ramifications of concussions, some felt he also sounded unconcerned by them.

“It’s part of people walking down the street,” Brady said. “You run, you fall, you hit your head.”

It’s worrying for perhaps the face of the NFL to sound so lax about a serious issue, and it’s even more concerning if he was playing through them or simply not being diagnosed with them.

Watch the clip below: