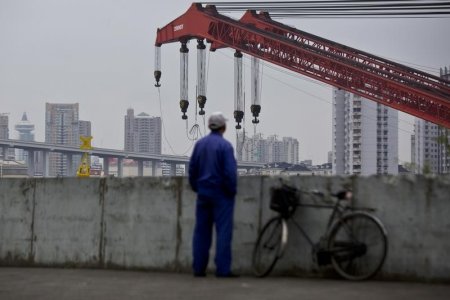 JPMorgan’s Global Manufacturing Purchasing Managers’ Index (PMI), produced with Markit, came in at 50.1 last month, only just above the 50 level that separates growth from contraction. It was 50.6 in March.

“The latest PMI data indicate global manufacturing output is growing at an anemic pace, similar to the past year,” said David Hensley, a director at JPMorgan.