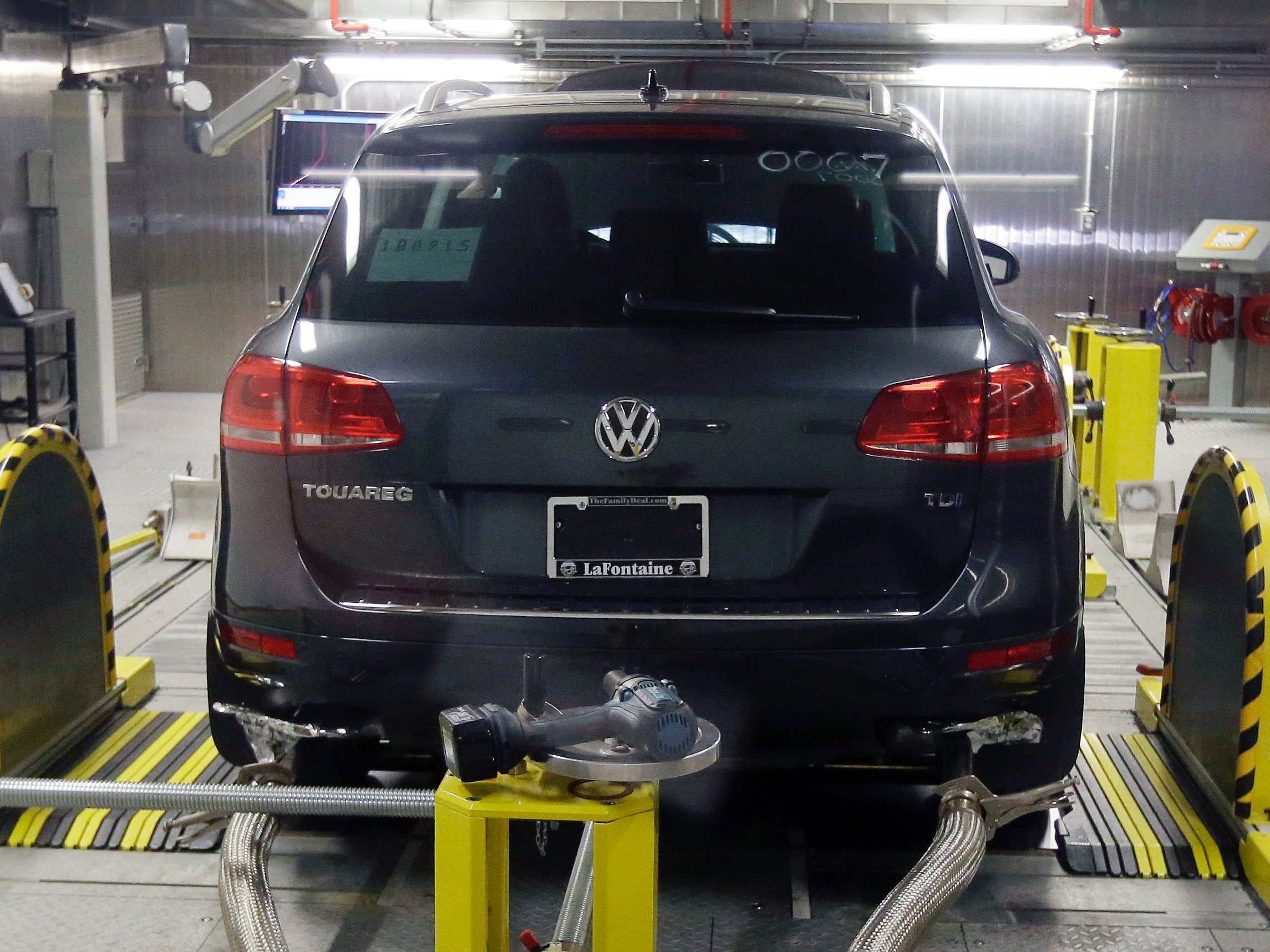 The new Nissan Armada is channeling its rugged heritage

American Airlines may dump Gogo, and the internet service provider’s shares are crashing

The $400,000 Rolls-Royce Wraith towers above all other cars

According to Forbes’ David Kiley, Lutz told WJR-AM that General Motors studied VW’s diesel technology during his time as the company’s product czar from 2001-2009, but could not work out how the German automakers managed to pass California’s stringent emissions standards.

“Our people told me that they had studied the Volkswagen products and that they could not get the hardware to perform the same way to satisfy California’s emissions standards,” Lutz told radio host Jason Vines.

“And I asked if their people were just smarter than ours.”

GM eventually did develop and put into production a small diesel sedan in the form of the Chevrolet Cruze simply to show everyone that the company could do so.

According to Lutz, building a diesel engine is a balance between costs, performance, and fuel economy.

As it turns out, Volkswagen were able to maximize all three by disregarding emissions regulations.

According to the US Environmental Protection Agency: Cars with Volkswagen’s 2-liter TDI turbo-diesel four-cylinder engines features software that detects when the car is undergoing emissions testing and turns on a suite of pollution-control systems.

But as soon as the test ends, the controls switch off, leaving the engine free to emit up to 40 times the legal limit of nitrogen oxide, a highly polluting gas. According to the California Air Resources Board, Volkswagen admitted to using a defeat device during a September 3 meeting with the agency and the EPA.

In September, the California Air Resources Board and the EPA both issued notices of violation to Volkswagen Group concerning nearly 500,000 2.0-liter TDI diesel-powered vehicles sold in the US from 2009 and 2015.

The scandal eventually spread around the world — affecting more than 11 million cars. The scandal — dubbed “dieselgate” — led to the dismissal of VW CEO Martin Winterkorn, as well as several high-ranking engineers.