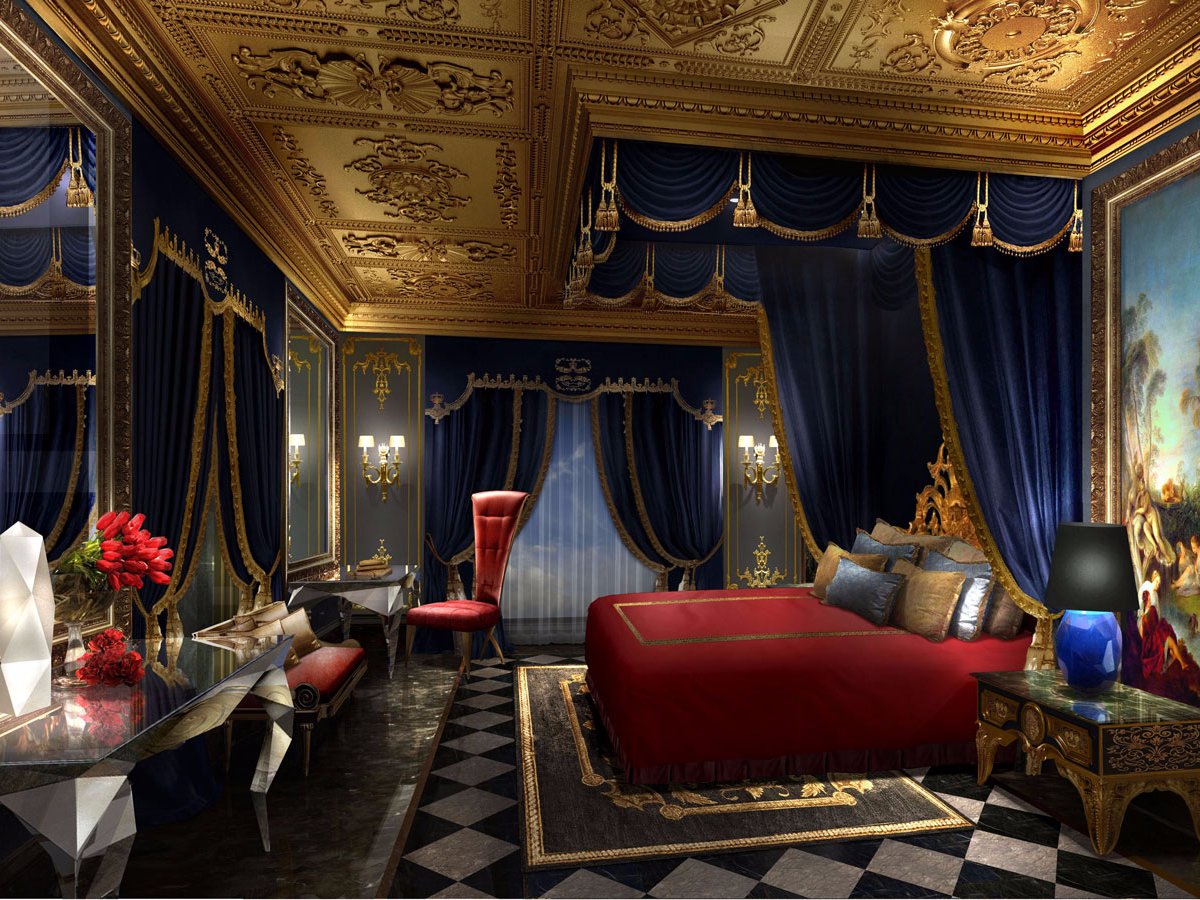 The 13/FTP EdelmanThe Royal Bedroom comes with a king-sized bed adorned with a velvet canopy.

The 13 hotel, set to open this summer in Macau, calls itself “the most luxurious hotel ever built”.

The hotel also came with a hefty price tag for developers, with each room costing over $7 million to create. The project reportedly cost $1.4 billion in total.

The 13 recently released images of their “Villa de Comte”, which will be their entry-level accommodations.

From beds draped in velvet to private elevator lobbies and rooms adorned in Baroque features, here’s what the extravagant villas look like inside.