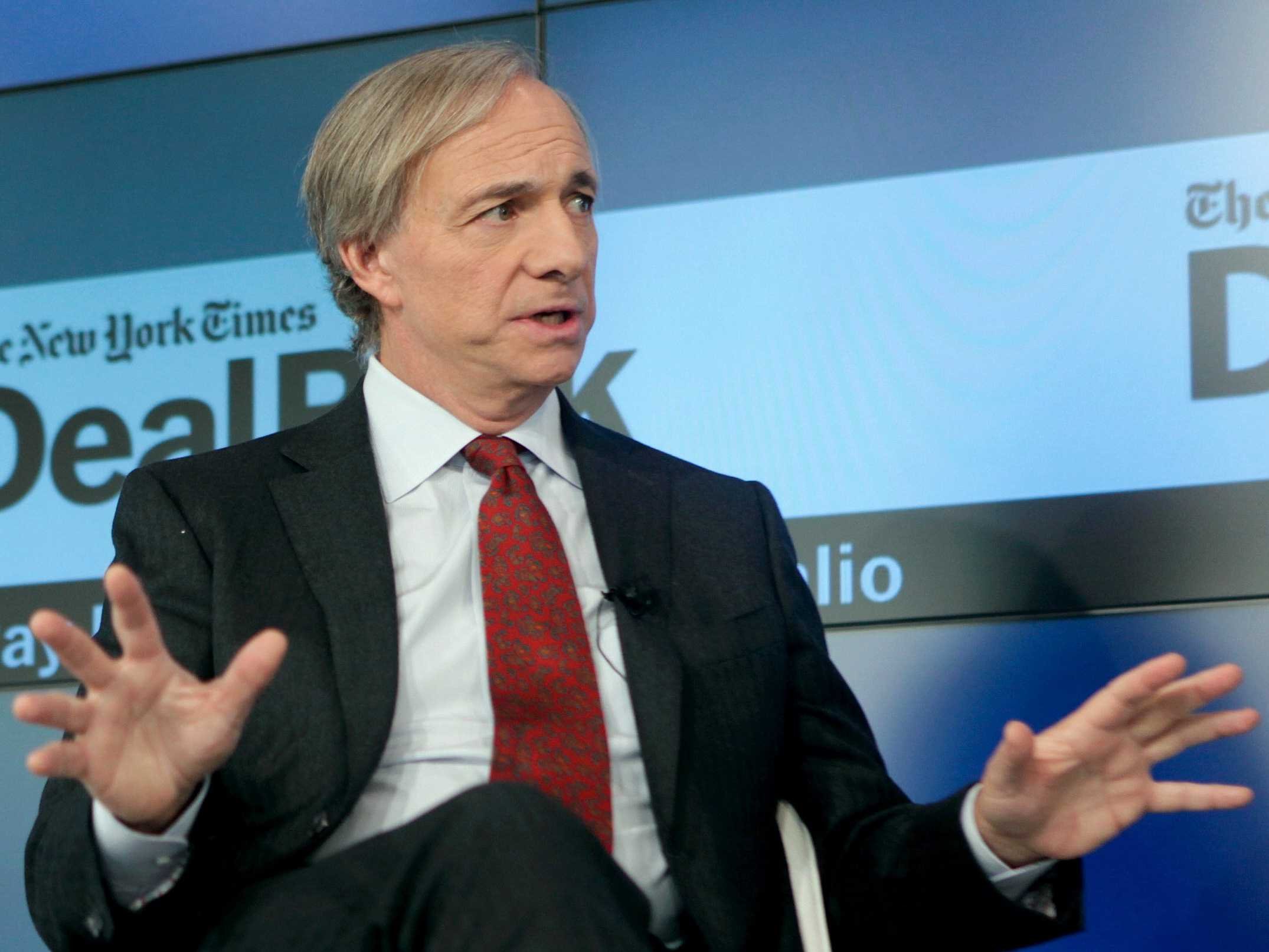 CEO of a multimillion-dollar company: ‘Never be romantic about how you make your money’

Founder, chairman, and co-CIO Ray Dalio announced earlier this March that tech industry veteran Jon Rubinstein was signing on as one of Bridgewater’s two co-CEOs, alongside Eileen Murray.

Rubinstein would take the place of Greg Jensen, who would give up his role of co-CEO, but remain co-CIO alongside Dalio.

It’s a major step in the 10-year succession process that began in 2011, in which Dalio is handing off management responsibilities to focus solely on investing strategy.

Dalio explained to Business Insider why Rubinstein was an ideal fit for the job:

There are two things I look for when assessing people.

First, do we share similar values of producing greatness through thoughtful disagreement? Jon worked next to Steve Jobs for 16 years doing that, and he clearly wants to do that with us.

Then I look at the skills we need. Jon has a world-class track record as both a leader of people and a shaper of technology, both of which we need.

At Bridgewater, the company’s roughly 1,500 employees abide by “radical transparency,” in which nearly all meetings are filmed and archived for anyone to view, employees rate each other’s performance in proprietary iPad apps, and criticizing colleagues behind their backs is a fireable offense. Dalio explained that, “because it can make people uncomfortable to have their mistakes and weaknesses so transparently shown,” Bridgewater’s “idea meritocracy” is not for everyone. ReutersThe late Apple CEO Steve Jobs stands next to his SVP Jon Rubinstein at an Apple news conference in Paris in 2005.

He was assured that Rubinstein could thrive in this culture because Rubinstein spent the 1990s and early 2000s as one of late Apple CEO Steve Jobs’ top executives, and Jobs is remembered for his brutally honest management style.

And Rubinstein’s long tech career, which includes a key role in developing the iMac and iPod, is a perfect fit for Bridgewater’s reliance on increasingly sophisticated automated trading software.

When Dalio announced the recruitment of Rubinstein and Jensen’s giving up of the role of co-CEO, he argued, without directly referencing it, that a Wall Street Journal report from February mischaracterized a dispute between him and Jensen, and that the hiring of Rubinstein was already in the works when they were settling a particular disagreement.

“In a nutshell, we concluded that it made the most sense to have Greg spend less time on management and more time on investments and that we needed to bring in an exceptional co-CEO with a strong tech focus to supplement the existing leadership,” Dalio wrote.

“The way we’re constantly evolving and refining what we’re doing can be very confusing to outsiders, especially when they read the typical business press, which attaches a lot of sensational drama to these kinds of things,” Dalio told Business Insider. “But to us, this is just the natural way a group of close partners figures out how to be most effective together.”

SEE ALSO:Ray Dalio, head of the world’s largest hedge fund, explains his succession plan for Bridgewater and how its ‘radically transparent’ culture is misunderstood