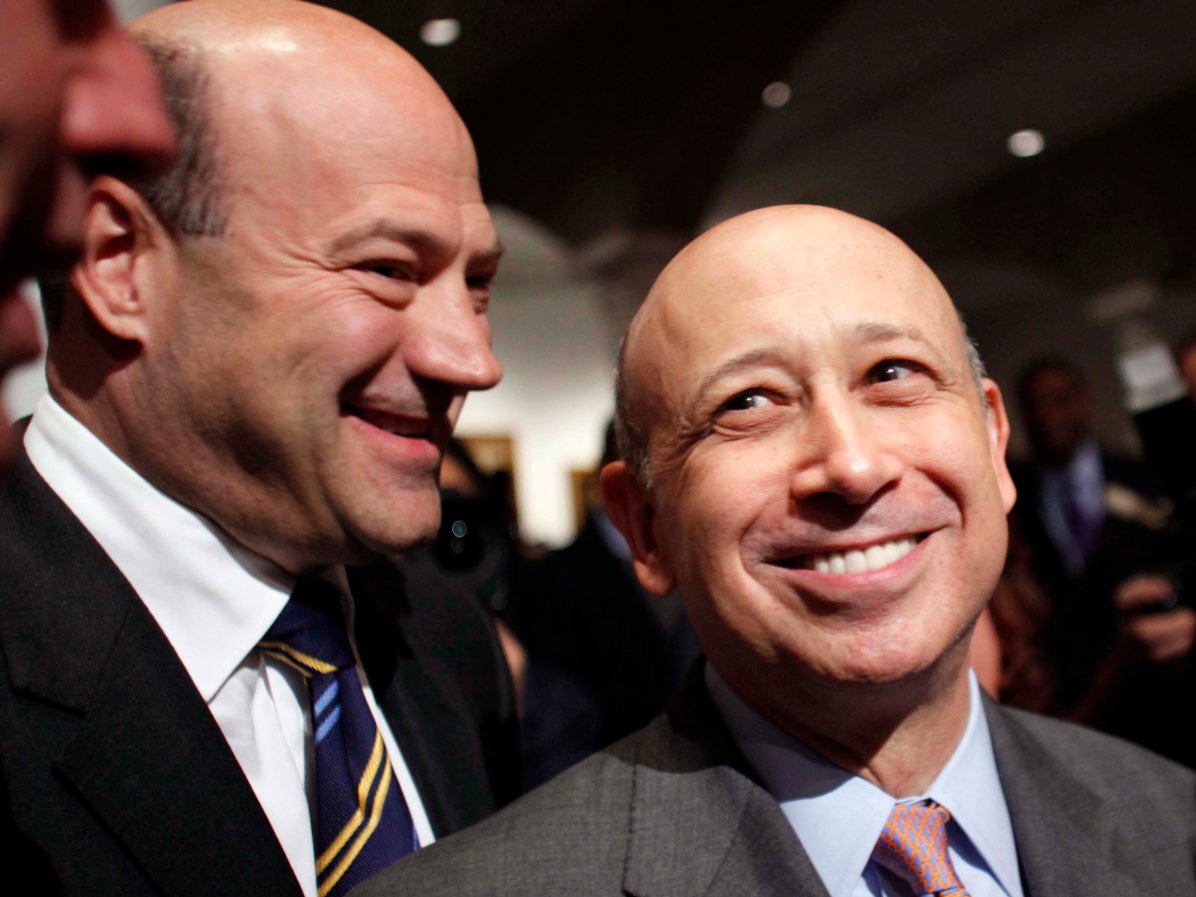 If you ignore a bunch of stuff, Goldman Sachs had a great quarter

You can always count on Goldman Sachs to head left when everyone else is going right.

In 2015, it did so by hiring 2,800 people in one of the largest staffing increases in the bank’s history.

On a call on Wednesday following the release of the firm’s fourth-quarter earnings, CFO Harvey Schwartz called the 8% jump in headcount a “significant increase.”

The hiring stands out on Wall Street for a couple of reasons.

First, other banks are generally either scaling back or keeping headcount flat.

The number of employees at Morgan Stanley, Goldman Sachs’ closest rival, increased 1% to 56,218. At Bank of America, headcount dropped by around 10,000, with Citigroup reporting a similar decline. JPMorgan also reported a decline in the thousands.

(To get the must-read guide to the key issues at every major Wall Street bank, click here.)

The new hires are also more evidence of Goldman’s push to use more technology behind the scenes.

About half of the new hires were in back-office positions, according to Schwartz, including in the technology, compliance, and operations divisions.

Goldman has amped up its investments in tech resources in recent months and years, hiring computer engineers and investing in external-technology companies whose products the bank can use.

Goldman Sachs has about 11,000 people in the technology division. Last fall, the firm announced plans to use new technological platforms to lighten the workload of some bankers — and ultimately to enhance efficiency.

One such platform helps analysts put together initial public offering timelines and fee runs. Each of those tasks used to take bankers about six hours — the new tools can do them in about 30 minutes. Another will help bankers with the work surrounding mergers-and-acquisitions deals.

Earlier this week, the firm hired attorney Angela Payne James as the chief of staff for the technology division.

The firm has also made a “very significant investment” in regulatory compliance, Schwartz said.

“We think it’s critically important,” he said. “We actually think it’s a competitive advantage to be best in class — so you’ll see us continually invest in tech and businesses, and over longterm,we think it’s a contributor to our performance.” On the compliance front, Goldman just missed fourth-quarter earnings expectations because of a big legal settlement it had to pay related to mortgage-backed securities sold from 2005 to 2007.

Excluding one-off legal costs like that, the firm would have beat expectations for the quarter, and quarterly and full-year earnings would have been up from the previous year.

Schwartz said that the other half of those hired were in businesses where Goldman is looking to grow, especially in investment management.

Growth areas within investment management include private-wealth management, the advisory and insurance businesses, and ETFs and Active Beta strategies, according to people familiar with the matter.

But not every part of Goldman is expanding. In November, Schwartz said that Goldman Sachs had quietly been making cuts to its FICC division, laying off more than 10% of its staff since 2013.

Still, the bank has cut fewer jobs in that business than many, and is talking up the potential for a rebound in fixed-income revenues right when many of its rivals are cutting back.

NOW WATCH: The man behind @GSElevator explains why women don’t get promoted on Wall Street