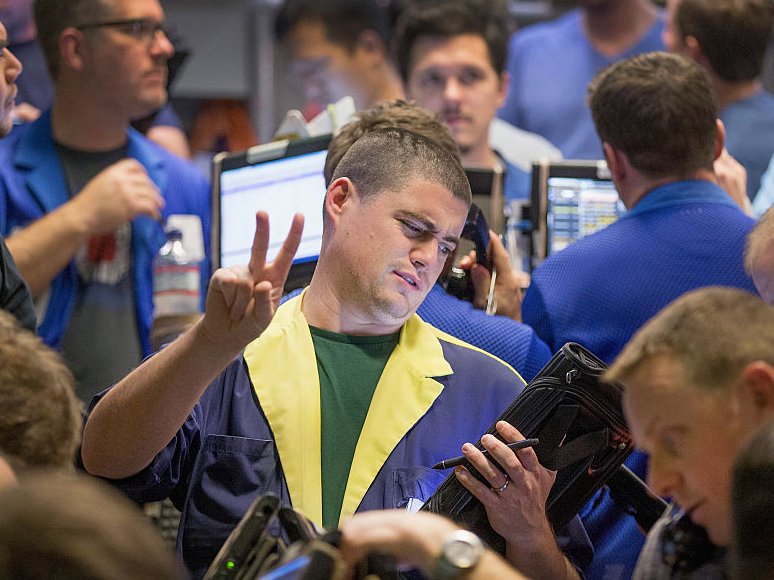 Traders in the Standard & Poor’s 500 stock index options pit at the Chicago Board Options Exchange (CBOE) fill orders shortly before the close of trading on October 28, 2015 in Chicago, IllinoisScott Olson/Getty

Financials appear to be the least-valued sector of the stock market, according to Goldman Sachs equity analysts.

The S&P 500 sector that includes insurance companies and banks doesn’t have the lowest expectations for earnings growth among investors. However, the gap between its current implied five-year earnings growth rate and its average over the past 10 years — an indication of how swiftly expectations have shifted — implies the lowest rate among all sectors.

Financial stocks were the poster child of the Trump rally that followed the outcome of the November election, as they were seen to be big beneficiaries of the agenda that included deregulation and cutting corporate taxes.

This chart breaks out financials: “Our sector-neutral basket of S&P 500 stocks with the highest effective tax rates has unwound all of its post-election gain as Congress debated healthcare reform, causing investors to worry that potential stimulus from tax reform will be delayed,” wrote David Kostin, Goldman’s chief US equity strategist, in a note on Wednesday.

In other words, the Trump trades have recently run into speed bumps, and there may be more to come. At the peak, they gained 26.2% from the pre-election bottom, but on Thursday had pared that gain to 17.7%.

On Wednesday, Gary Cohn, White House economic adviser, spoke in support of a rule that would separate investment and commercial banking, according to Bloomberg. The Glass-Seagall Act did just that until it was repealed in 1999, paving the way for mega banks like Citigroup and JP Morgan that service both everyday checking accounts and riskier investment portfolios.

Cohn’s reported comments do not steer towards deregulation, which is what Trump has promised Wall Street. Combined with the possible delay of tax reform following the failure to repeal and replace Obamacare, expectations for financial-sector earnings could fall further.