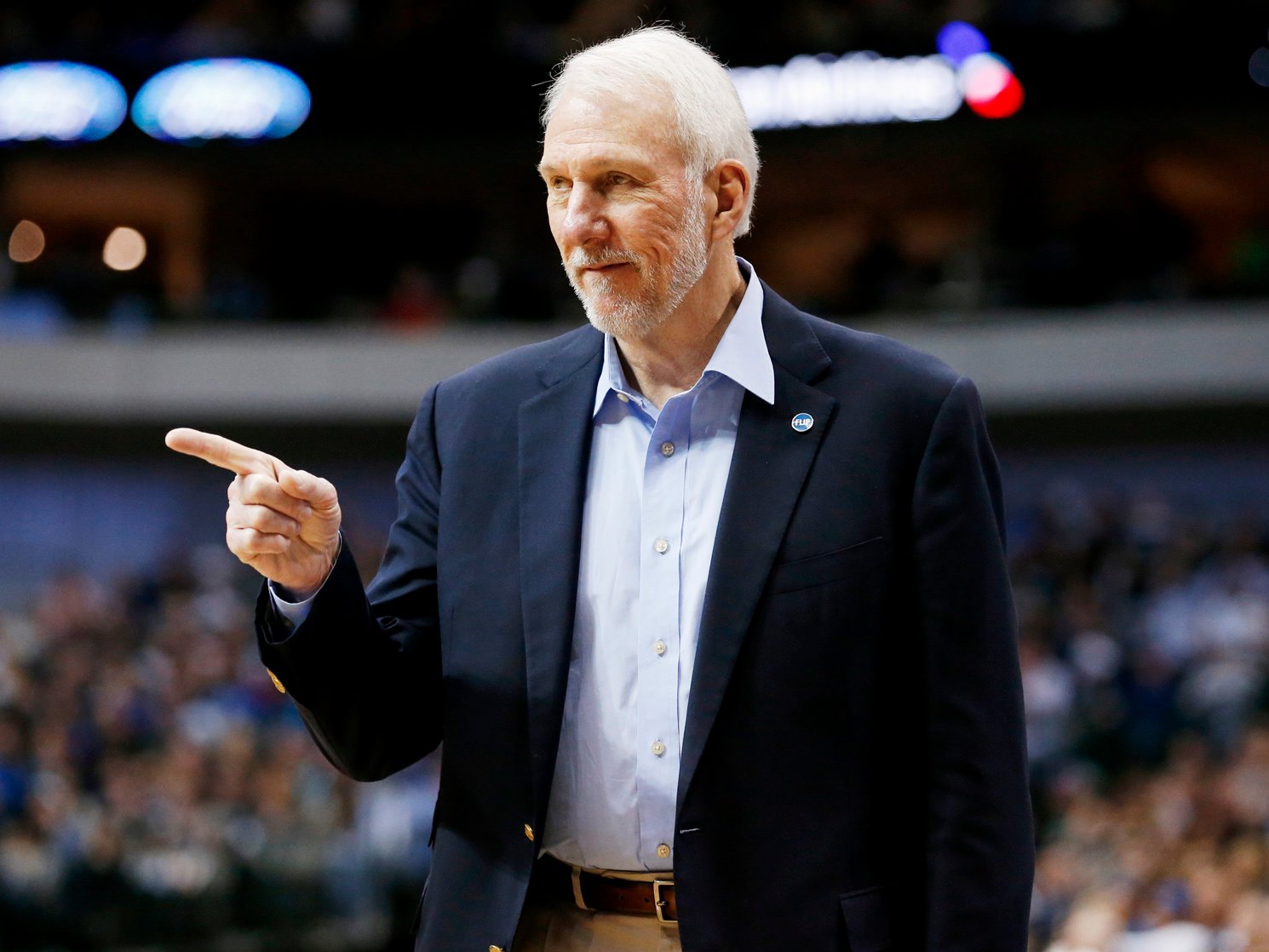 The San Antonio Spurs are enjoying an unprecedented run of success, currently cruising for a 69-win season and a 19th straight playoff appearance.

There’s no single factor behind the Spurs’ success, but a big part of it has been the culture they’ve created, which could be the best in sports. The Spurs are notorious for finding quality, worldly players who have fun on and off the court and are willing to sacrifice personal numbers for the success of the team.

On Friday, reporters asked Gregg Popovich what kinds of qualities the Spurs look for in players (and staff), and his response was long, enlightening, and, oddly, inspiring (via ESPN’s Baxter Holmes):

“For us, it’s easy. We’re looking for character, but what the hell does that mean? We’re looking for people — and I’ve said it many times — [who] have gotten over themselves, and you can tell that pretty quickly. You can talk to somebody for four or five minutes, and you can tell if it’s about them, or if they understand that they’re just a piece of the puzzle. So we look for that. A sense of humor is a huge thing with us. You’ve got to be able to laugh. You’ve got to be able to take a dig, give a dig — that sort of thing. And [you have to] feel comfortable in your own skin that you don’t have all the answers. [We want] people who are participatory. The guys in the film room can tell me what they think of how we played last night if they want to. [Former Assistant GM] Sean Marks would sit in on our coaches’ meetings when we’re arguing about how to play the pick-and-roll or who we’re going to play or who we’re going to sit.

“We need people who can handle information and not take it personally because in most of these organizations, there’s a big divide. All of the sudden, the wall goes up between management and coaching and everybody is ready to blame back and forth and that’s the rule rather than the exception. It just happens. But that’s about people. It’s about finding people who have all of those qualities. So, we do our best to look for that and when somebody comes, they figure it out pretty quick.”

This is not the first time Popovich, who can be curt with the media, has opened up about building an organization the right way. He once explained the importance of open communication, and the quote was so striking that Warriors GM Bob Myers keeps the quote in his cell phone today.

Of course, building such an exemplary organization doesn’t happen without some luck — the Spurs drafted a Hall of Famer in Tim Duncan, future Hall of Famers late in the draft in Manu Ginobili and Tony Parker, and had some success in signing role players as well as acquiring future cornerstone Kawhi Leonard.

However, it’s clear that more than talent, Popovich and the Spurs have made a system where if players act selflessly, they will benefit. They’ve created an enviable culture and workplace, and the qualities they demand in players are qualities that are desirable outside of sports, too.

NOW WATCH: An NBA coach gave a remarkable speech about forgiveness after his wife was killed in a car accident