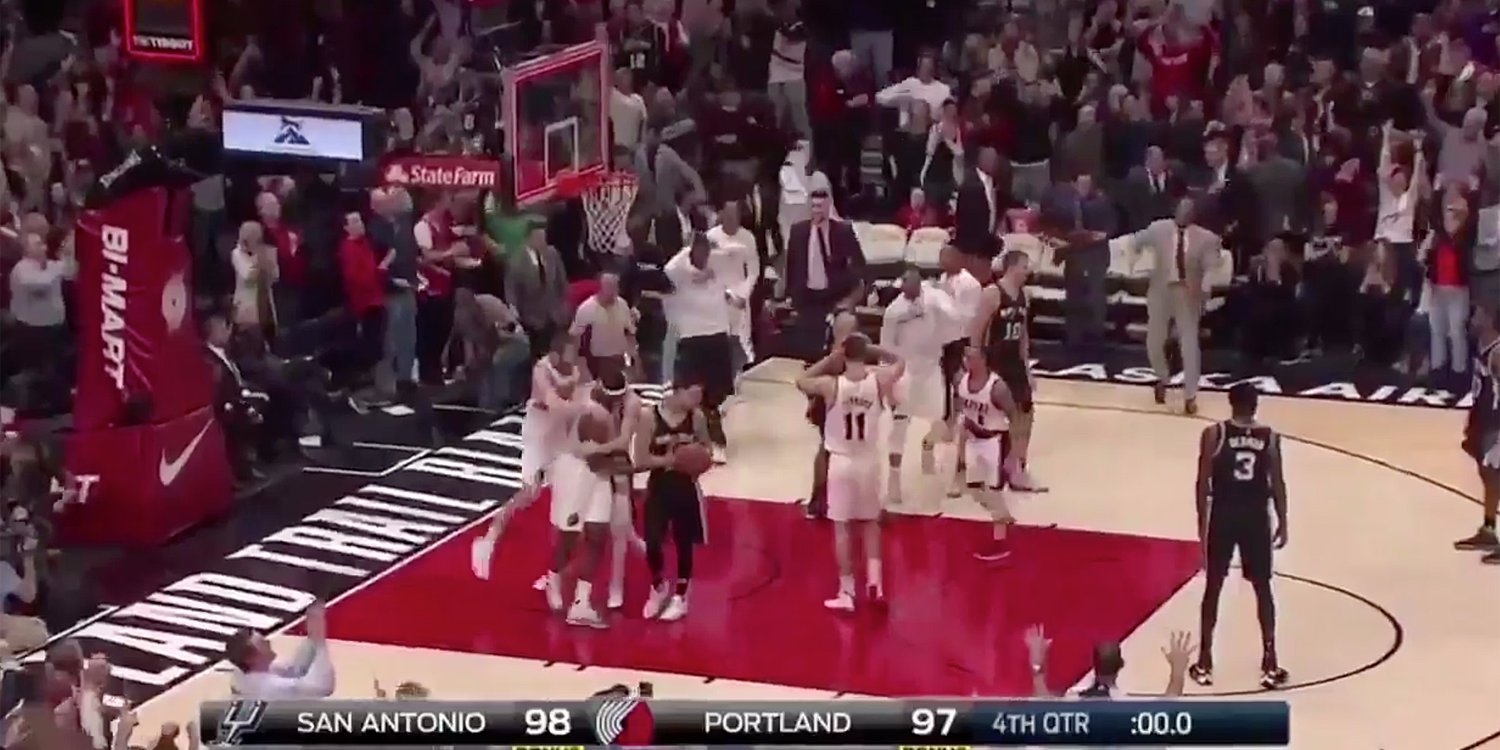 The NBA’s Western Conference playoff picture was essentially locked up on Sunday, with all eight playoff teams decided.

While the Utah Jazz and Los Angeles Clippers are still deciding who will get home-court advantage in their fourth-seed-vs.-fifth-seed matchup, the other series are all set, meaning the final few games are all basically scrimmages.

So, when the Blazers beat the Spurs on a messy final play, with the ball bouncing off several players and into the hands of Blazers forward Noah Vonleh for the buzzer-beating layup, Gregg Popovich didn’t really care.

All he could do was laugh.

Noah Vonleh gets the game-winner at the buzzer and all Pop can do is laugh 😂#RipCitypic.twitter.com/eUu5L0Kv64

The Spurs better enjoy this while they can — Popovich likely won’t be so easy-going if the Spurs defend like this on a final play in the postseason.