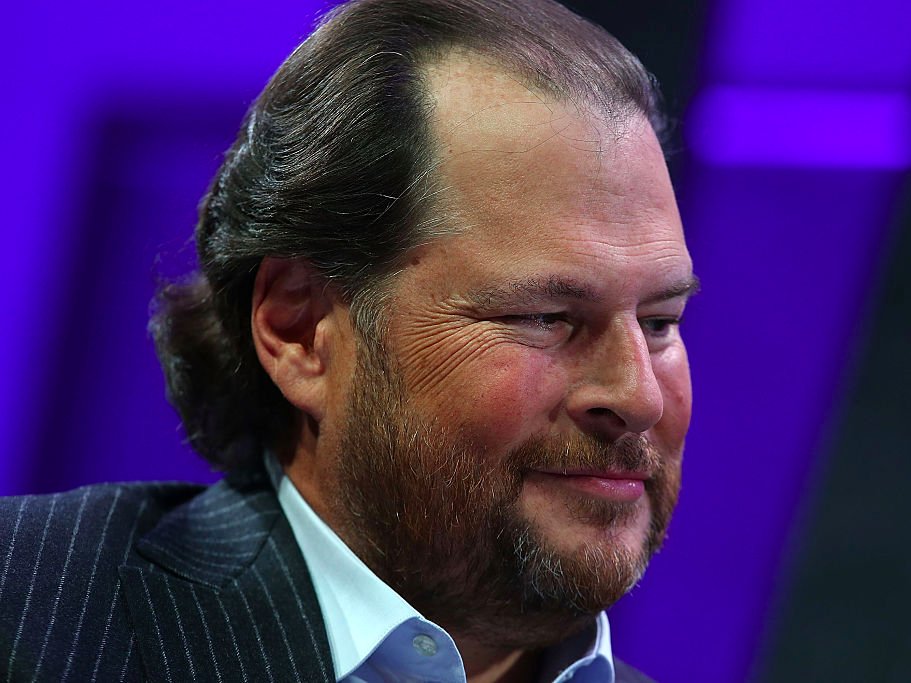 With the tech industry still rocking from AT&T’s planned acquisition of Time Warner for a massive $85 billion, clearly this season of M&A is still in full swing.

One of the people taking full advantage of it has been Salesforce CEO Marc Benioff. He’s spent $4 billion on acquisitions in the past year, buying three companies in September alone and another one, Krux (for $700 million) in October.

Speaking at the Intel Capital Summit on Tuesday in San Diego on Tuesday, Benioff explained why the time has been right to buy. He also predicted that all this activity is going to result in some spectacular growth across in the global economy in 2017.

“2008 was obviously this brutal year for our economy and the European economy and while we thought we were coming out of it in 2011, we never kind of got of out it. I think a lot CEOs feel like we’re finally coming out of it and that we’re going to enter a new investment cycle,” he said.

He quoted “general economy theory” which says that eventually “things get fully depreciated and companies have to go in and invest again and growth returns,” he said.

And he predicts we are about to hit that new phase.

“I strongly believe that growth is returning. Especially when we get over this election and in 2017,” he says.

Companies that had flat revenue or flat stock prices but had the ability to make an acquisition have been doing so now, “because you have these incredibly low interest rates,” he said.

And all of those things will erupt in a hotter economy in 2017, he predicts.

SEE ALSO:9 tech trends that will make billions of dollars starting in 2017