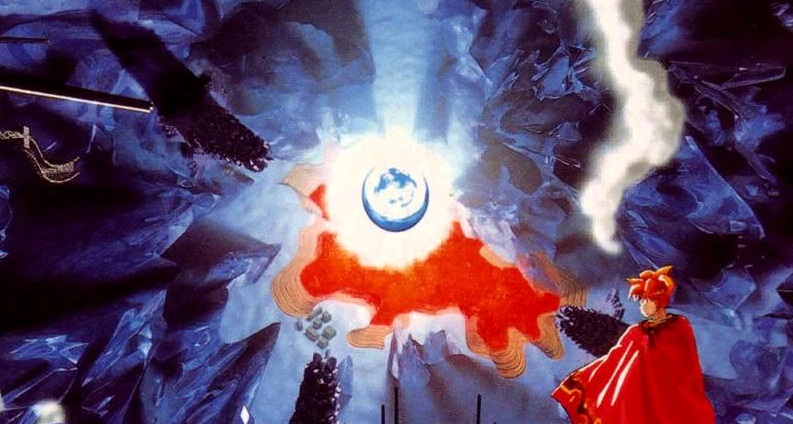 Today’s entry in Guess the Game is a Super Nintendo classic which has never once officially touched North American shores. In spite of a fully capable and legible English translation available in Europe, publisher Square Enix has yet to deliver an optimal or even possible way for North American fans to play this game even twenty years after its first publication.

It’s a shame too because both Nintendo and Square Enix are sitting on a lost work of genius that would enjoy a more worthy reputation if more had the chance to play it.

This cult-classic stands as the final Super Famicom game developed by the legendary squad at Quintet. Working with Enix, back when it was just one entity, the team pumped out five eternally excellent games that encouraged players to take on the responsibilities of heavenly figures. Players assume the role of an agent of God or as God himself, and each quest dives into the effects and consequences of building a civilization, often times exploring existential themes that far surpass any other storytelling games in their day.

Our Guess the Game selection is often considered the peak of these five games, and it puts players in the role of a troublesome, rebellious young man tasked with rebuilding a ruined world. His journey starts off humble enough with a village elder asking him to go gather *insert generic fantasy material here* at a location near the village, but as it often goes, this simple errand turns into an epic, world crawling quest with serious global ramifications should he succeed or fail.

Man, how many times have we been there before? Thank goodness that village elder needed the berries that particular morning, or we’d all be toast!

Quintet clearly played and unhealthy amount of The Legend of Zelda during the brief epitome of its creativity, and the series’ influence can be seen in each of its titles. Much like an Ys game, this game in particular adds a dab of frantic action to A Link to the Past’s formula, but it does so at the sacrifice of Nintendo’s grandeur and perfection. For what it adds in intensity, it loses in a slightly janky presentation that works out only eighty to ninety percent of the time.

Hardly bad, but also hardly working 100 percent of the time either.

Again, much like our previous Guess the Game selection, this lost masterpiece needs an official digital re-release to gain more exposure and enjoy the small slice of gaming history heaven that it so desperately deserves. If you can figure out what it is, petition Square Enix to do the right thing in bringing it to Virtual Console. Or ask Nintendo to step in for them if it stonewalls.