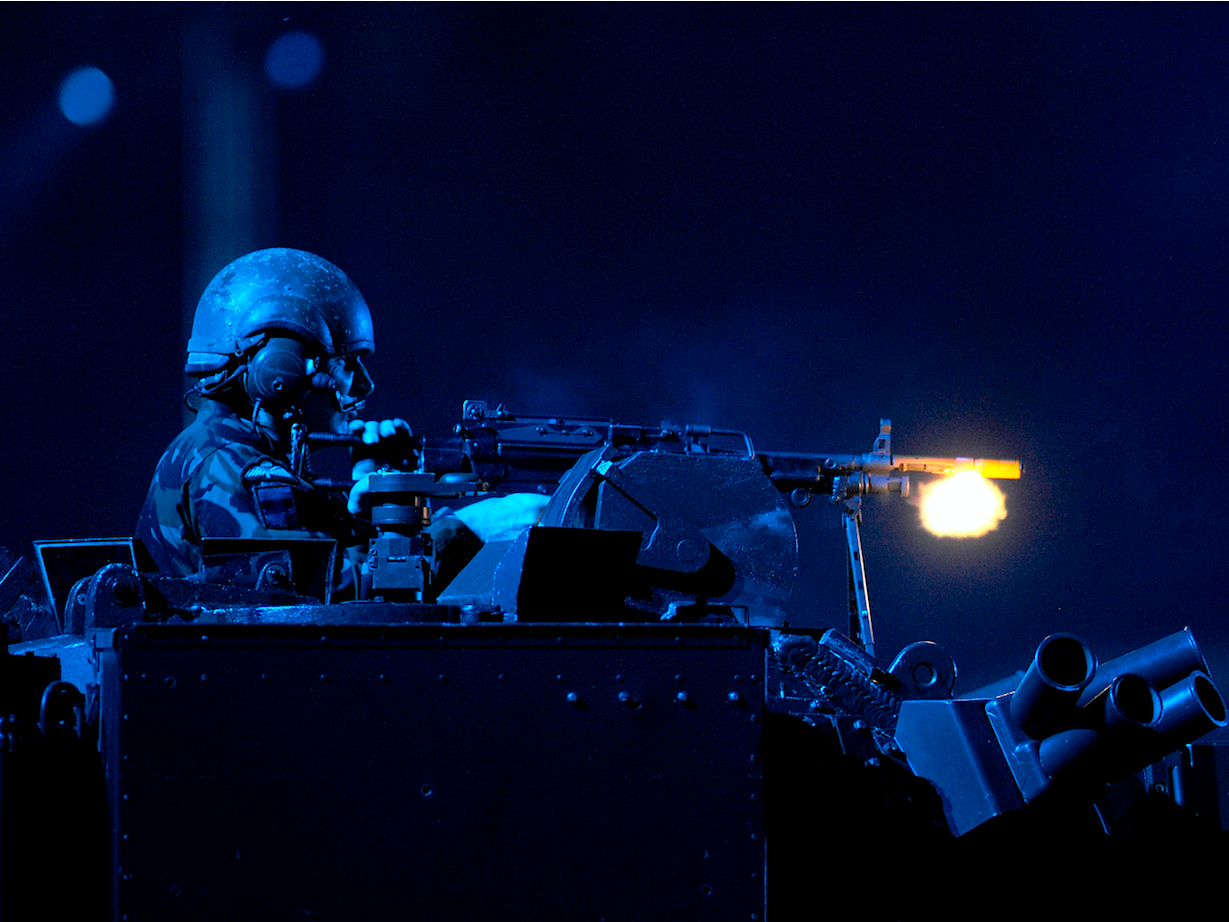 Reuters/Toby MelvilleBritish army personnel perform a battle re-enactment during the Windsor Tattoo show at Windsor Castle in Windsor in southern England May 8, 2008. The annual event combines traditional military displays and ceremony in the grounds of one of Britain’s Queen Elizabeth’s official residences.

London-based hedge fund manager Crispin Odey, who runs $11 billion in assets, said this is “no longer an investment market but a battlefield.”

“Several years of watching central banks watching central banks responding to ever falling productivity numbers by reducing interest rates have shown that they can effect asset prices with their actions, but that not only do they have almost no effect on economic activity, but they positively damage it,” Odey said.

This year has been brutal for Odey. The OEI Mac fund, which invests in Odey’s flagship European fund, finished January up 8.3% before seeing all its gains wiped out after falling -10.6% in February.

March has been a disaster so far. Earlier this week, Bloomberg News reported that the $3.9 billion Odey European fund had fallen around 22% in the first two weeks of March, bringing the fund’s losses down around 25% year-to-date.

Odey addressed some of the turbulent performance in the letter. He’s also extremely bearish, especially on China.

Here’s an excerpt (emphasis ours):

Markets need equilibrium to prosper. When the authorities have a problem, markets have a problem. We have been hurt by this rally in China-related companies, and indeed we reduced the gross and net positioning of the fund significantly in mid-March, to help reduce the short term volatility of the fund, but we remain convinced that China is in many ways in an even greater bind over policy than the developed world. By mid-March the fund was rising and falling by over 5% per day. At which point this was no longer an investment market but a battlefield. On the day that Draghi came out with his massive market support operation, the stock markets rose 2.5% and then closed down 1.5% on their lows. Imagine how painful it was to see the markets bounce the next day and celebrate his success. At that point I reduced the short book by a third and the long book by 10%.

Despite this strong rally, there is, aside from a pickup in government spending in China, little to support growth in the world economy. Everything from rising default rates in the booming auto financing industry to new lows in LNG, dry bulk shipping prices, points to slowdown everywhere.

Odey European was among the bottom performing funds in 2015, ending the year down 12.82%, according to data from HSBC. Meanwhile, the average hedge fund fell 3.64% in 2015, according to HFR.