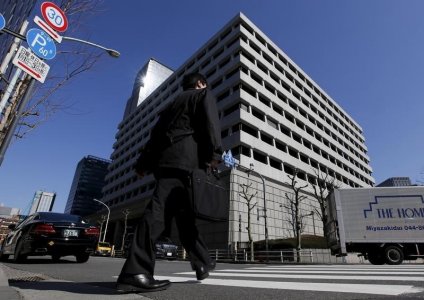 By Lisa Twaronite and Leika Kihara

TOKYO (Reuters) – Driving interest rates below zero, the Bank of Japan has turned a comatose government bond market into an enormous free-for-all, complicating the central bank’s own efforts to kick-start growth and end deflation.

The $9 trillion market for Japanese government bonds had been all but paralyzed since the BOJ began a massive monetary easing three years ago that made the bank the dominant buyer.

But in the two months since the BOJ announced it was imposing a negative interest rate, JGBs have become a volatile commodity, with prices swinging wildly as below-zero yields confound investors’ attempts to find fair market value.

“The JGB market is really in a bubble, when you think about it as an investment vehicle,” said Takuji Okubo, chief economist at Japan Macro Advisors in Tokyo. “Their prices have moved away from fundamentals, and people don’t have a traditional way to measure their value.”

As the BOJ’s dominance distorts bond market functions and dries up liquidity, the central bank could have a hard time tapering its buying binge when it eventually chooses to exit its “quantitative and qualitative easing” program.

The bank theoretically could just sit on its enormous holdings until the bonds mature, but policymakers are unlikely to want those assets to remain on the balance sheet for decades. On the other hand, it might be difficult to smoothly taper off its asset purchases, much less sell its holdings.

So far, the BOJ’s money printing has kept the cost for financing the government’s massive public debt very low. A spike in that cost could stoke market fears Japan may be losing control of its finances, potentially triggering a damaging bond sell-off, some analysts say.

“It would be quite tough for the BOJ to taper such an enormous balance sheet without disrupting markets,” said a person familiar with the BOJ’s thinking.

In the meantime, buying bonds that yield less than nothing is creating losses for the exchange-listed BOJ – not an immediate worry for the government but a potential risk to confidence in the guardian of the yen.

“The BOJ is sitting on a lot of risk, taking a huge position,” said one fund manager who declined to be named due to the sensitivity of the matter. “How long can they keep buying so many JGBs? Not forever, but a long time.”

BOJ officials publicly say the slide in bond yields into negative territory showed the Jan 29 move to adopt negative rates was effective in pushing down borrowing costs, and that volatility will fall as market players get used to the concept of negative rates.

But some BOJ officials worry that bond yields have become more susceptible to abrupt swings as speculators and newcomers to the market hoard 10- and 20-year JGBs, without much consideration to the risks and term premium.

As a result, the BOJ – which the International Monetary Fund says is reaching the limits of the amount of debt it can swallow – could face difficulties if it wants to expand its asset purchases, as markets expect it will.

“If investors are buying long-dated JGBs just because they yield something, they may be under-estimating the risks,” said another official familiar with the BOJ’s thinking.

With the market dominated by the BOJ’s massive buying and its policy decisions bent on surprising markets, many market players expect high volatility to persist, giving Japanese investors who still hold a large amount of JGBs a headache.

Negative yields make it a challenge to calculate a bond’s fair value, the returns it can be expected to generate through maturity. Market participants say wide spreads between bids and offers also complicate trading, and increase volatility.

The average daily trading range of the benchmark JGB futures rose to about 0.44 point after the BOJ’s shock decision to adopt negative interest rates, more than double the average of 0.20 point in the preceding one-year period.

Trading in longer-dated cash bonds became even messier as about three quarters of JGBs, or up to 12 years to maturity, have negative yields, prompting investors to rush to buy 20- and30-year bonds in panic.

“As investors fight to secure some of the rapidly declining float of investable bonds, the market is trading like a department store’s going-out-of-business sale,” said Neale Vincent, strategist at Nomura Securities.

But many market players say the BOJ’s unpredictable policy is the biggest source of volatility.

The central bank announced its negative rates policy only days after Governor Haruhiko Kuroda repeated his stance that negative rates were not among its options – leading to cynicism in the market that there was little point trying to forecast what the bank might do.

In addition, with zero percent no longer serving as a floor for various interest rates, traders and investors are unsure how far rates can fall, leading to unusual instability at the short end.

BOJ officials say they do not intend to control interest rates because their main policy target is still base money, or cash and deposits. But they cannot turn a blind eye to wild swings in interest rates, particularly a spike in rates.