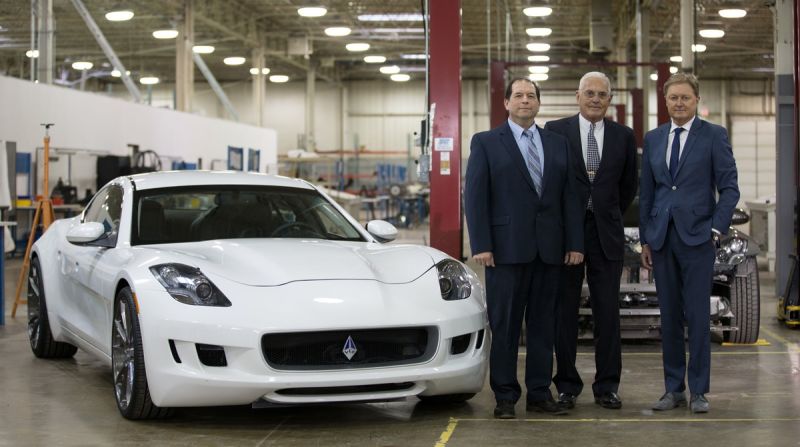 The duo’s new company is the same company that Bob Lutz created in 2012 with former Boeing Executive Gilbert Villarreal, with the name of the company using the first letters of the pair’s last names, VL Automotive. They’ve now added Henrik Fisker, putting the “F” in VLF Automotive.

The announcement of Mr. Fisker joining the company was followed with the promise of a new four-door Destino with a Corvette ZR1 drivetrain, Corvette V8, and a brand new design to premier at the Detroit Auto Show next week. VLF also announced the production of Fisker’s new Force 1 sports car, which is currently tied up in a legal battle after Fisker sued Aston Martin for “civil extortion” when they asked him not to bring the Force 1 to the Detroit Auto Show. Aston deemed it too similar to the brand’s design language — which Fisker helped create alongside Ian Callum with the DB9 and Vantage. You can read more about that situation here.

According to Bloomberg, specifications for the revised Destino, according to VLF, is a 0 to 60 time of 3.9 seconds and a top speed of 200 mph, with initial pricing at around $229,000 and hopes to sell 100 of the four-door Fisker designed cars by next year.

The new VLF executive trio seek to “change the future of the American auto industry” with the Destino and Force 1 produced in a manufacturing facility in Auburn Hills, Michigan, with a plan for seven dedicated North American dealerships to open this year.

We’ll see if Lutz and Fisker can merge their financial management and design skills and actually create a company that can solidly stand on it’s own ground. Of course we’ll be in Detroit next week to check out just exactly what these uncles of the industry have in store for us.