No matter what your pennystocking brother-in-law tells you, putting money in the stock market, for most people, is boring. That’s why I asked you future predicting bunch to give me the best possible automotive investments under a $25,000 budget so I know how to best drain what’s left of my life savings. Here are the top ten suggestions.

Disclaimer: We make no guarantees these cars will actually appreciate in value, but we can guarantee most of them are really fun to drive.

This Ford Mustang SVT Cobra is one of the most together automotive packages there are. Sure, the interior quality and engine efficiency didn’t set the world on fire, but as far as a platform to modify, you’d be hard pressed to get anything better.

With so many cars being modded to within an inch of their usable life, stock examples like this one are becoming harder to come by. It’s a car that looks better than you remember in a market that doesn’t have anywhere to go but up. 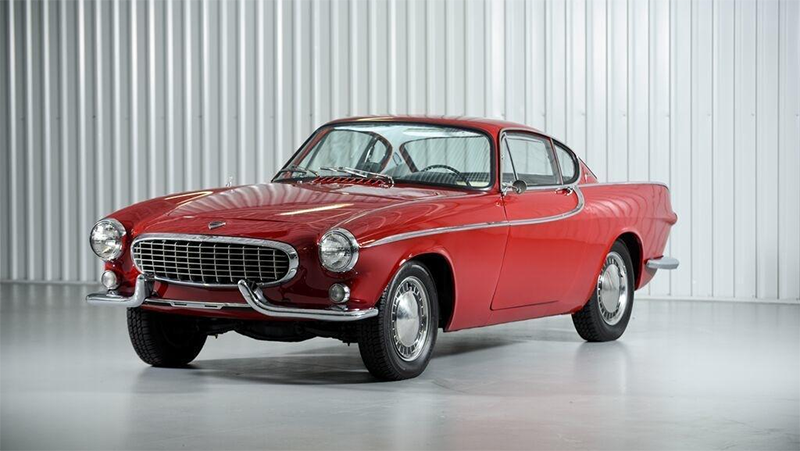 This Volvo P1800 is what a Jaguar E-Type would look like if it was made by IKEA. Or something. This is one of the most pleasing automotive shapes there are, bar none. While prices haven’t exploded like they have for other European classics of similar vintage, there are plenty of indicators that suggest that when this candle goes off, it’s burn for a long, long time. Buy the best one you can now.

This Honda S2000 takes the beaten-to-death formula of peppy engine and small roadster and makes it the reliable platform it was always meant to be. The early AP1 models had a near 9,000 RPM redline and had more power per liter than anything on the planet, until the Ferrari 458 came along. That’s right, this car was designed with such efficiency that it took a car that cost a quarter of a million dollars to knock it out of its top spot.

Buy one before they creep out of comfortable purchasing range.

BMW wasn’t all about power with the E34 like they were with later iterations, but that didn’t stop this E34 M5 from being one of the best and most desirable four door cars of all time. I’ll let DougHarlow explain:

Many enthusiasts consider the E34 M5 the last real M car produced, as it was the last hand-built M car. These had the last of the potent hand-built S38 engine with its individual throttle bodies, under-the-radar styling, and rarity (1,678 for North America). While it is stuck in a weird place between the E28 and the E39, I think these will soon find an audience willing to pay, much as the E30 M3 took a while to suddenly explode in value.

This Pontiac G8 GT is the four door Corvette that existed before the words “hell” and “cat” existed in the drug-fueled nightmares of Chrysler executives. It’s reliable, available with a manual transmission, and sounds better than anything this side of a Maserati. They aren’t making any more, so grab one while they’re still relatively untouched.

This Mazda RX-7 is the most beautiful Japanese car ever made. If you don’t agree, then I’d refer you to your local optometrist because just look at the damn thing. Every single line works hard to draw you in like a sailor in a siren song.

The car won’t be dated in the next hundred years and it has the last great turbocharged rotary engine made in a production car. So very few are left stock, so it really is a get-it-while-it’s-hot sort of deal.

This BMW M5 is the first and last time anything with an M badge got anything as exotic as a naturally aspirated, high-revving V10 under the hood. It’s a hell of a car – I’ll let gearboxtroubleexplain:

Many would prefer the e39 but I disagree. Nice car but it was really just a 540i with an M package and some suspension mods. Great overall package but pretty ordinary engine. Its successor (the e60) M5 will go down as having the most exotic engine ever fitted to a family sedan. The 5.o V10 screams to a 8000 rpm redline, drinks gasoline like it was St Patrick’s day and sounds like a powerboat at cold start. The design has aged extremely well – many actually prefer it to the too fat current M5. The SMG gearbox is nasty and unreliable but if you can find a 6MT version that’s a guaranteed classic. In the distant future when we’ve all been crushed by the environmentalists and are forced to daily drive horrible 2 cylinder hybrids or blown up RC cars built by people in Silicon Valley who have zero interest in driving beyond transportation, having one of these in one’s garage will keep reminding everybody why the internal combustion engine is so great.

I’ve noticed a few things about this list – every car on it is the last of a line, or the only car to feature something truly groundbreaking, and this Toyota MR2 Turbo is no different. Its mid-mounted turbocharged engine in a lightweight sports car is the formula that was made popular by cars ten times the original price.

It’s reliable, has almost unlimited modification potential, and looks every bit as desirable as it did when O.J. Simpson was only known for football and Naked Gun. 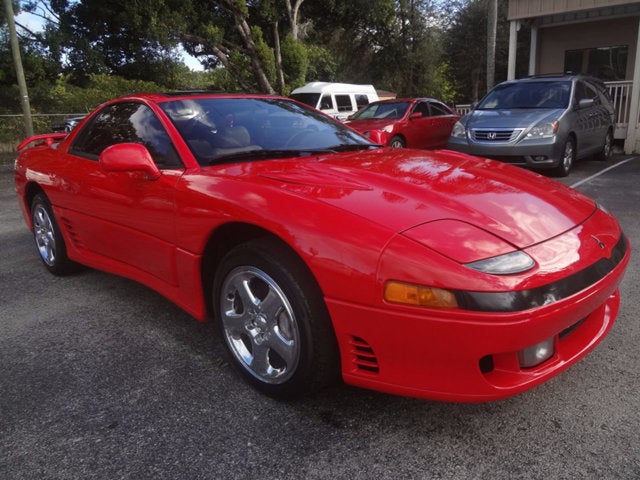 The arguable underdog of the Japanese halo car wars of the ‘90s, this Mitsubishi 3000GT VR4 is the heavy, feature-rich GT cruiser that was way ahead of its time. I’ll let Doctor-G-and-the-wagen explain:

A halo car from a brand that could very well cease to be in the US any day now. From an era when, relatively speaking, the Japanese were at their best. It represents what Mitsubishi does best: Out-crazy everyone bigger than them. Was it the “best” of the Japanese halo cars? Nah. It’s pretty porky, fickle, and only the higher up trims are worth anything (base models were FWD… I’m not a FWD hater but even that makes me go “ew.” ) But on paper it’s probably the most crazy of the lot- especially for who made it.

This Nissan 300ZX Turbo was arguably the best Z car ever made. Sure, you might say that the 350Z was technically more nimble, but it was never quite as desirable as the earlier, over-engineered turbo Z cars – the two seater coupes especially.

With prices for low-mileage turbos reaching near-Supra levels, the best time to buy a sorted 300ZX was yesterday. The next best time is now.

(Suggested by My X-type is too a real Jaguar)

Tavarish is the founder ofAPiDA Online and writes and makes videos about buying and selling cool cars on the internet. You can also follow him onTwitterand Facebook. He won’t mind.