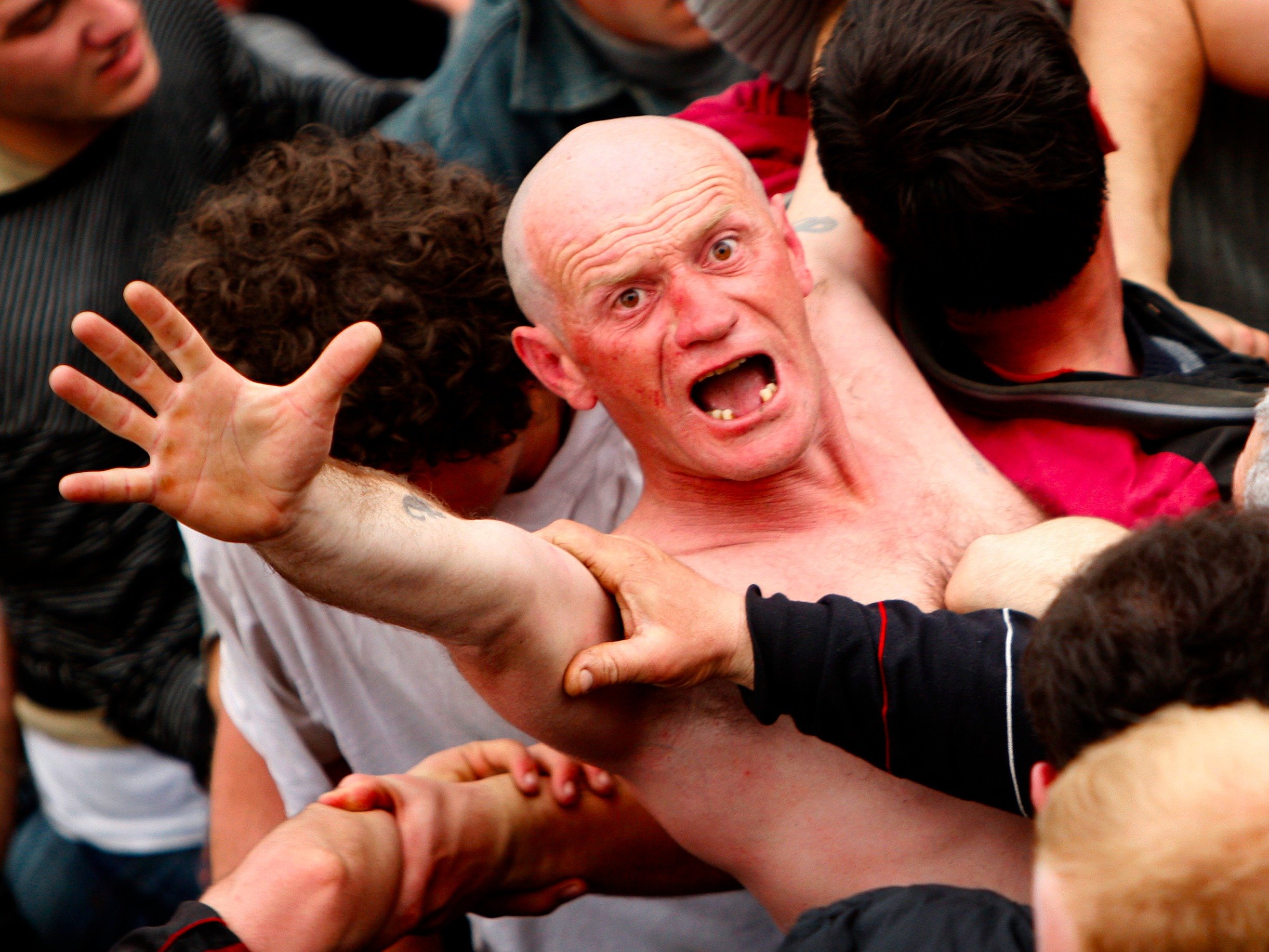 REUTERS/David MdzinarishviliInvestors are starting to worry — like this guy, battling for the ball during the annual Lelo match in the village of Shukhuti in 2011.

The Bank of England published its financial-stability report on Tuesday, and it’s full of useful charts and graphs about threats to the UK’s banking system.

On the whole, the financial world is looking more stable now than during the summer, which was dominated by Greek political instability and market crashes in China.

But lots of risks still remain, and some, like the threat of a cyberattack or a downturn in Asian economies, worry the Bank of England more than ever.