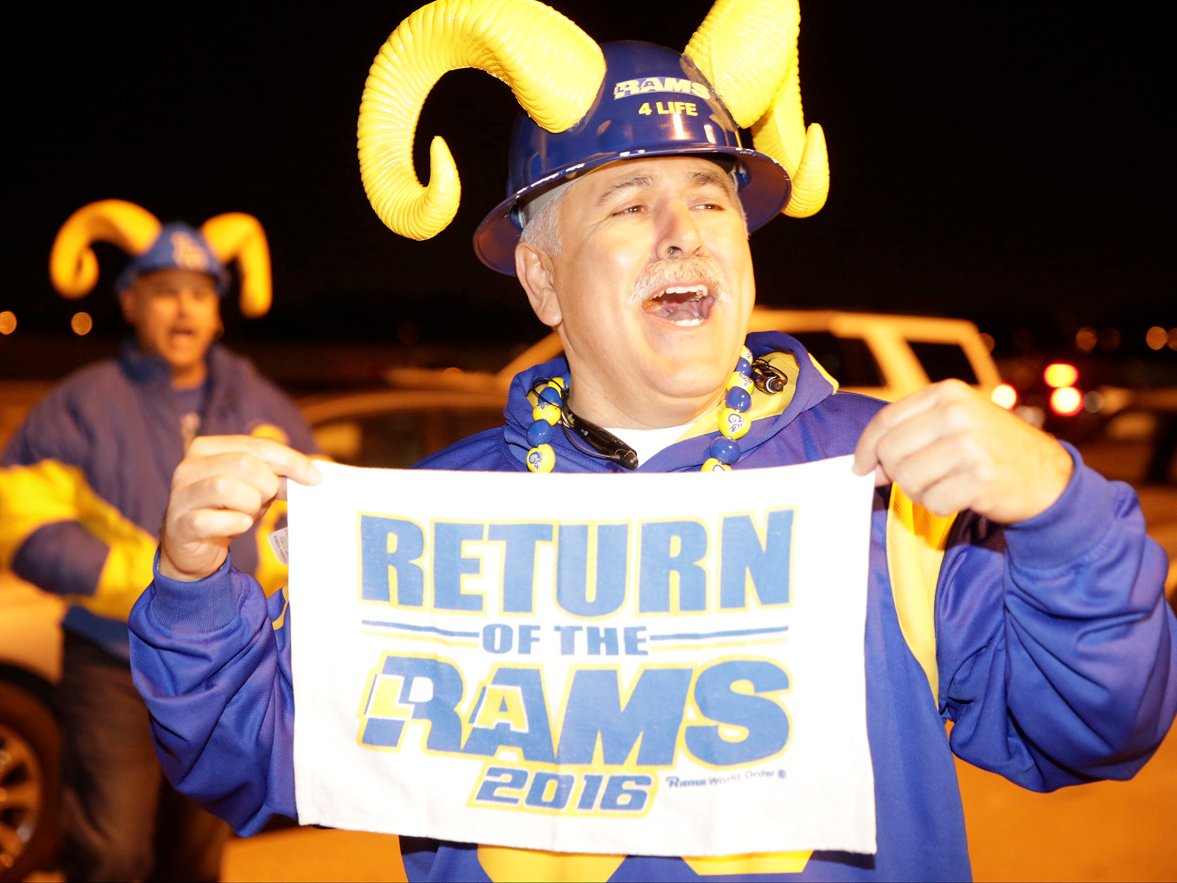 Damian Dovarganes/APFans are celebrating the return of the Rams to Los Angeles.

The NFL is officially back in Los Angeles!

On Tuesday night, NFL owners voted 30-2 to move the St. Louis Rams back to LA.

The Rams will most likely play in the Los Angeles Memorial Coliseum next season, but they have their eyes on a much bigger venue — a $1.8 billion stadium they want to build in Inglewood, California. The stadium is being designed by HKS Architects, a firm that has built several other NFL stadiums.

Over the summer, HKS representatives showed off the renderings for the beautiful, futuristic stadium. The plans would place the stadium on the old Hollywood Park racetrack as part of a larger park complex being built. An HKS representative said in the presentation that the firm hoped to have the building finished in September 2018.

Take a look below.