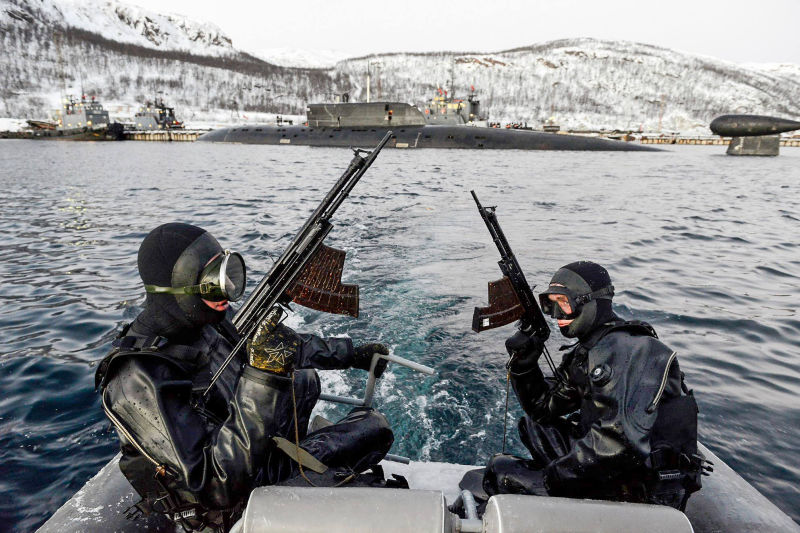 The Russian Ministry of Defense has released as series of pictures depicting a counter-sabotage “exercise” where terrorist frogmen attack one of their North Fleet submarines’ support infrastructure. Some of which are right out of your favorite over-the-top ‘80s action movie.

Guns up! The frogmen in the picture above are toting seldom-seen APS underwater assault rifles. They fire self-contained rocket-like 5.66mm X 120mm dart cartridges, 26 of which ares stuffed in those huge banana magazines. The only downside is that they have an effective range of about 50 yards, but they are probably far less accurate at even that range than a standard 5.45X30 Russian assault rifle cartridge.

What does a frogman do when he encounters and enemy frogman underwater? Well, he can attempt a… Read more Read more

Ninja frogman #6 is about to ruin this lowly foot soldier’s day… Wait why is this being done during broad daylight again?

A Russian combat diver looks super intense as he straddles the side of a rigid-hull inflatable boat. They should get this dude some matching dive gloves.

Old school leather belts and holsters, and tactical cords are all the rage when it comes to Russian combat divers’ kit. Apparently this dude has taken the foot soldier hostage. You can see his dive buddy over by the stairs waiting to fire a big-ass dart into some poor soul. 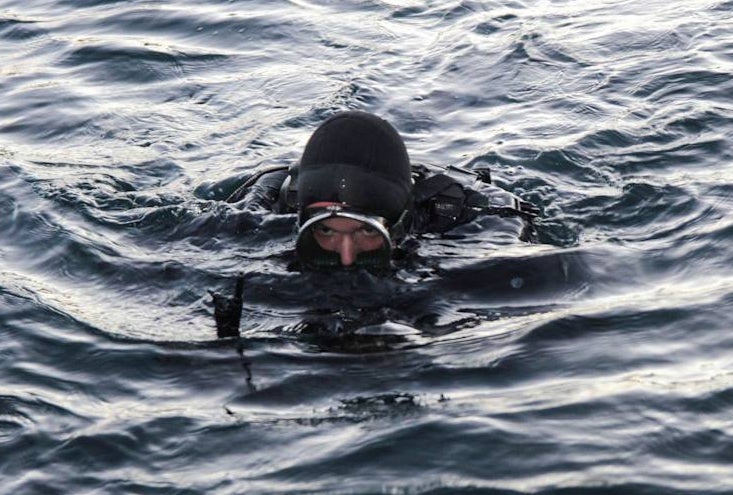 On guard and on patrol! Russia’s MoD says the bazooka the guy on the bow is carrying is a rocket-propelled grenade launcher called the VP-61 “The Duel” and is capable of stunning swimmers within a few hundred meters of detonation. It is also probably one hell of a “fishing rod.”

The Russian MoD also mentions that anti-terror exercises will be a regular occurrence at its military bases in 2016. Hopefully they all include awesomely corny pictures like these.