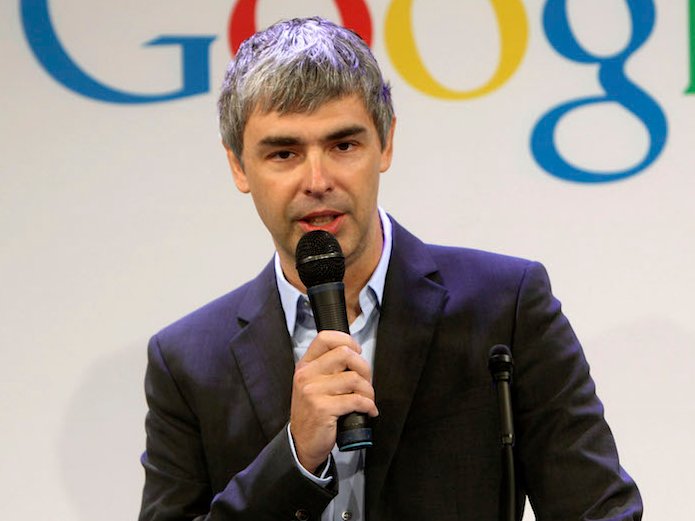 Next Monday, Google parent-company Alphabet will break out its earnings for the first time.

The company just published an explainer about how it will report “Google” vs “Other Bets.”

Here’s how it will work.

The company’s reporting won’t change for Google — it will still disclose advertising revenues and traffic acquisition costs in terms of Sites and Network, and will report metrics like clicks and cost per click.

It will also still list the “Other” category that contains revenue for its app store, Play, and its hardware and cloud businesseses.

This category also used to contain the businesses that will now constitute Other Bets.

In the new Other Bets section, we won’t get individual breakdowns for each subsidiary company. Instead, we’ll see aggregate numbers for businesses like Nest, Google Capital, and moonshot lab X.

Alphabet will report six metrics for both Google and Other Bets:

In August 2015, we announced plans to create Alphabet, a new public holding company, in which we would run our newer initiatives separately from the main, internet-related businesses within Google. We expect the new Alphabet structure to bring increased focus, accountability and transparency to all of our efforts. Since the announcement, we’ve been hard at work making the internal changes needed to make Alphabet a reality and to implement the related segment reporting starting with our fourth quarter 2015 results.

In order to help you understand the financial results for the fourth quarter of 2015 that we’ll report on February 1, we wanted to share some information in advance.

Two Reported Segments: Google and Other Bets. As we discussed on our Q3 earnings call, we’ll be adding disclosures for our segments. First, we will disclose our new ‘Google’ segment which includes our main internet products such as Search, Ads, Commerce, Maps, YouTube, Apps, Cloud, Android, Chrome, Google Play as well as hardware products we sell, such as Chromecast, Chromebooks and Nexus. Our technical infrastructure and newer efforts like Virtual Reality also remain in Google.

No changes to consolidated reporting, some changes in revenue breakout. Nothing is being taken away from our consolidated reporting. We will continue to show Google advertising revenues and TAC broken out by Sites and Network and we will continue to share monetization metrics (click and CPC growth) in aggregate as well as separately for Sites and Network.

Six key financial disclosures for each segment. For each of Google and Other Bets, we’ll be reporting:

Quarterly data for current year, prior year comparable period and annual information for 3 full years. To ensure that you have a basis for comparison, in addition to current period, we will also provide historical segment information for all quarters of 2015, the fourth quarter of 2014 and full years 2013, 2014, and 2015 in our upcoming earnings release.

Visual presentation. You can expect the presentation of segment results to look something like this for each period included in our upcoming earnings release: Reconciling items. You’ll see from the above that segment revenues are fairly straightforward. The revenues from the Google segment plus the revenues from Other Bets will equal the total consolidated revenues.

For our other segment disclosures we will include “reconciling items” to help you see how the amounts reported for Google and Other Bets relate to the consolidated number for Alphabet as a whole in our income or cash flow statements.

Separately, please note that return on investments from our ventures and capital businesses are included in OI&E (Other income and expense, net), which we will continue to disclose at a consolidated level.

We hope this helps set the stage for our new disclosures on Monday, February 1.

NOW WATCH: This Google app could forever change the way you travel