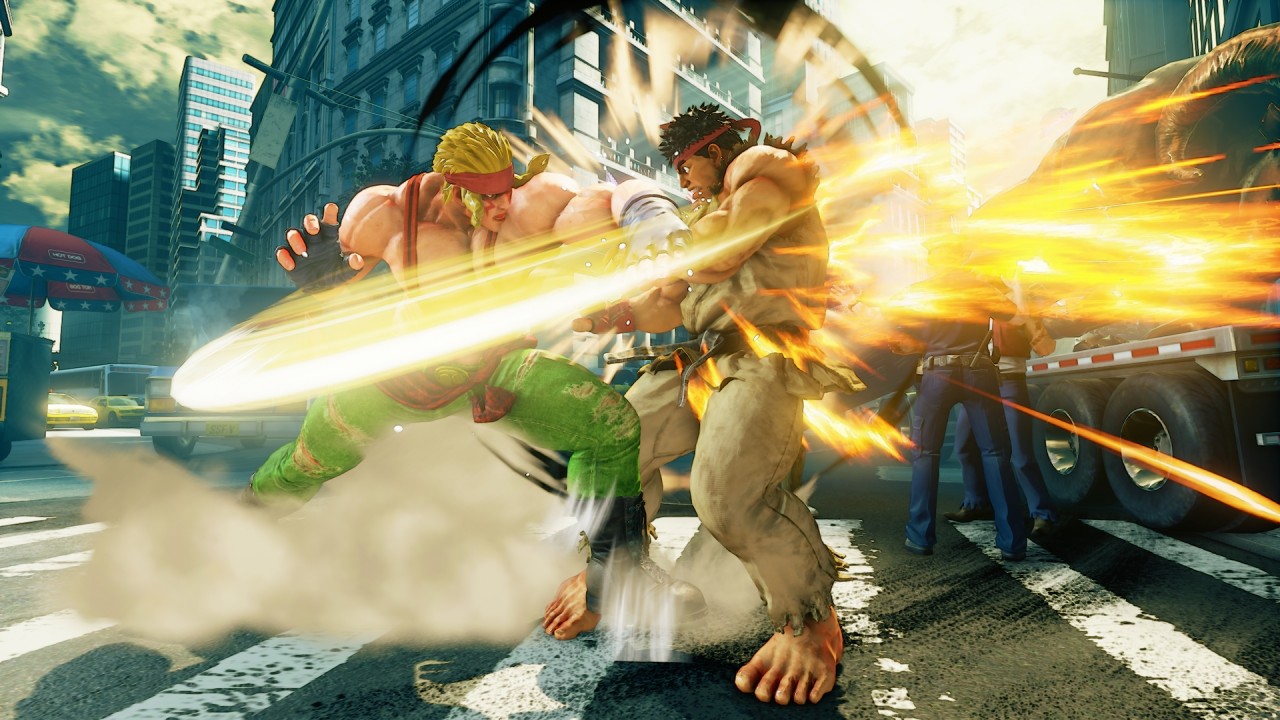 Street Fighter V is about to get the ultimate throw-down character. Street Fighter III‘s Alex has been one of the most requested characters in series history to get a comeback, and after years of absence, he finally gets his due this month.

Capcom has confirmed that Alex will be released later this month. This American wrestler is the “anti-Zangief,” in that he bleeds red, white, and, blue and his troublesome, bad-boy attitude is inspired by none other than Hulk Hogan. His powerful grappling techniques pit him perfectly against the Red Cyclone or any other fighter who steps into the ring with him.

Alex can be purchased with both actual money or the in-game fight money earned through gameplay.

In addition to the new character, Street Fighter V’s March update will bring a certain number of improvements to the game, both on the surface in actual gameplay and behind the scenes through matchmaking and other gameplay modes. See the full list of updates below.

Salty from a close loss online? Want revenge? Players can now play a 2/3 set in Ranked Match, provided both players accept the rematch.

Enjoy up to 8 person lobbies, complete with match spectating.

In addition to all of this new content, the following bugs will be fixed in the update:

There are a few gameplay related bug fixes and balance changes as well:

Capcom doesn’t have an exact release date for this update yet, but it will come before the end of the month.