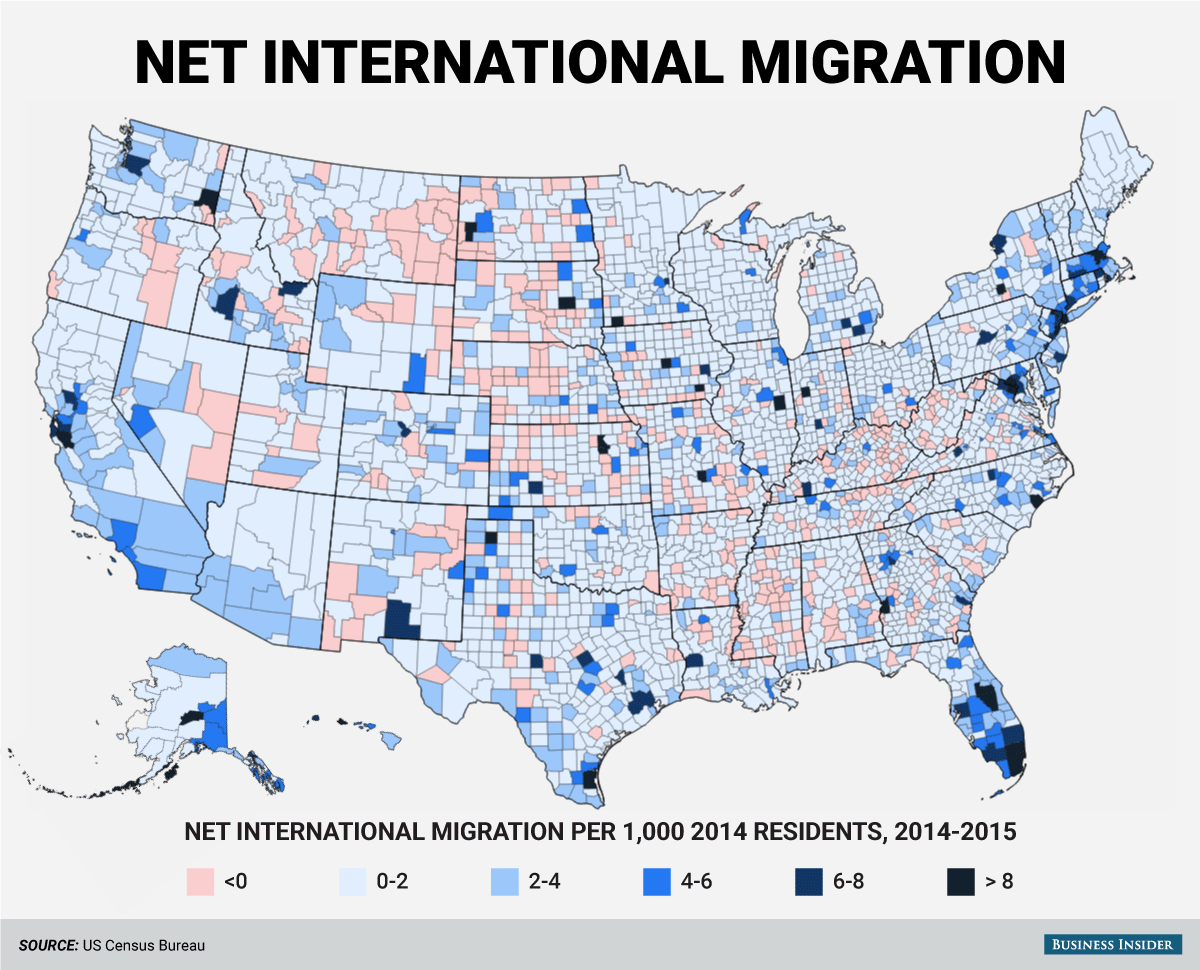 The US Census Bureau recently released new estimates of population change in all 3,142 US counties and county equivalents between July 1, 2014 and July 1, 2015.

In addition to looking at overall population change, the Census Bureau’s data also include estimates of the different components of that change.

For certain parts of the US, one of the most important of those components is international immigration. In big cities on the coasts, and in small college towns across the country, immigration added quite a few people between 2014 and 2015. Only a handful of US counties had net negative international immigration, meaning more people moved from that county to another country than immigrated there.

Here’s a map showing net international migration for each county. The darker blue a county is, the more immigrants came to that county, relative to the county’s 2014 population. As mentioned above, there are only a few counties with a red negative net immigration: Here are the ten counties with at least 5,000 residents in 2014 with the most net international immigration: SEE ALSO:Here’s where Americans are moving to and from

NOW WATCH: This $99 device turns your phone into a 3D printer