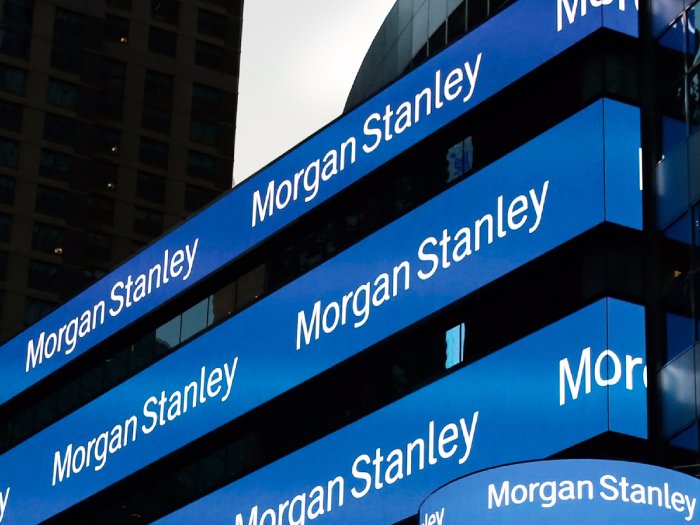 DEUTSCHE BANK: Strap in, it’s about to get bumpy

Pack your bags, Wall Streeters: Your jobs are moving to Nashville

The bank cut 25% of its workforce in that department, replaced its leadership, cut bonuses, and slashed the assets it tied up in the business.

At its earnings report in January, the bank delivered a brutal assessment of the business, saying in a presentation: “Failed to meet objective: Initiated major restructuring.”

Ted Pick, who was appointed global head of sales and trading at Morgan Stanley in October, spoke on Tuesday at the Credit Suisse financial-services forum and gave a little more information on the logic behind the cuts.

At one point, Pick was asked what he was thinking when he decided to cut the business and said (emphasis added):

Rather than get into a sort of gradualistic mentality, we took the view of taking tough medicine. There is no doubt there is second guessing on these things. Why not 10%? Why not 40? 25% has the magic of being a number that clearly sends a message to the market that we’re listening, but equally and important a message that we’re in it for the long term.

Pick said that the decision to rightsize the business was taken pretty soon after his appointment, largely as a result of the fixed-income wallet, or total revenue pool, shrinking by around 40%. While the bank’s revenues held up, productivity per head on the trading floor was not good enough.

On the job cuts themselves, he said CEO James Gorman and President Colm Kelleher led an effort to be sensitive to the feelings of those being let go and that the firm “wanted to do it the right way.”

“Having been through these types of exercises over the years, it is the worst of what we do,” Pick said. “It is very unpleasant, and very tough, in particular given what folks in some these businesses have gone through over the past five, 10, 15 years.”

Morgan Stanley has made a number of changes in the business, appointing Sam Kellie-Smith to run fixed income and currencies. Kellie-Smith had previously run equities trading.

Pick led equities before taking over as head of global markets.

The thinking was to try and contribute some of the DNA from equities, where we would try to avoid at least one of the mistakes of these phenomenon … where one business effectively quote unquote takes over another, and you have a bunch of people adding to their business cards.

And as for why the bank hasn’t seen a big increase in departures as a result of the changes, Pick said:

What we’ve found so far, and these are types of moments where you say something and find out something shortly thereafter, we haven’t had people leaving at all. The cynic would say look at the environment. What I would say that we have a lot of fantastic people in our fixed-income business, and they buy into the idea that we are ahead of the curve a bit on what is behind that fixed-income decline.