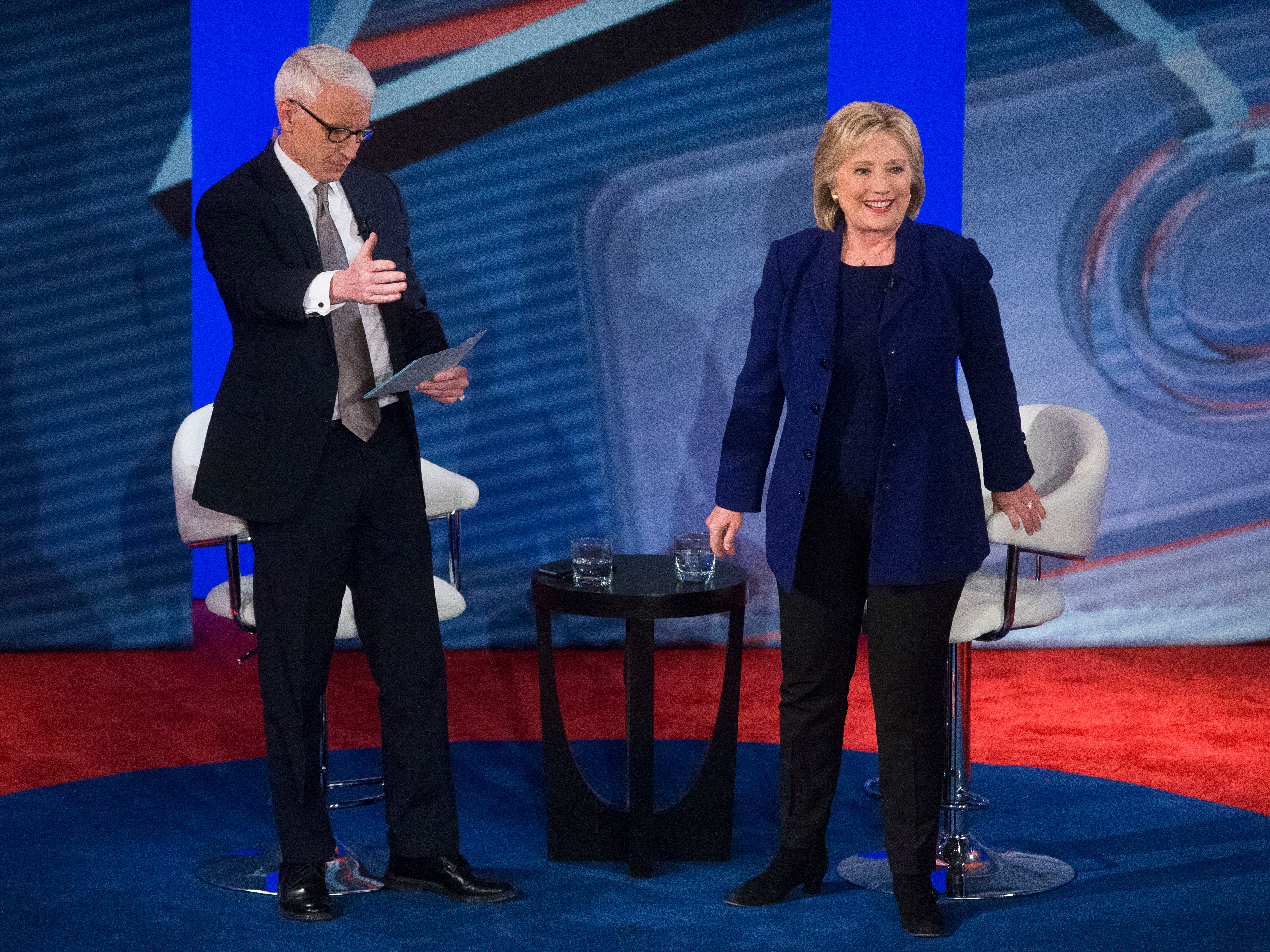 Hillary Clinton struggled Wednesday night through an answer about the large paychecks she received from the investment bank Goldman Sachs for several speeches, arguing they would not corrupt her judgment when it comes to regulating the finance industry.

During a CNN town-hall event Wednesday night, moderator Anderson Cooper asked Clinton whether she had used poor judgment by accepting $675,000 from Goldman Sachs for three speeches. The Democratic presidential front-runner said she was simply following the footsteps of past secretaries of state.

“I don’t know. That’s what they offered,” she said. “Every secretary of state that I know has done that.”

When Cooper asked how she thought the speeches would appear during a presidential campaign, Clinton suggested she hadn’t thought about such implications because she wasn’t sure whether she would run for president.

“When I was secretary of state, several times I said, ‘You know, I think I’m done,'” Clinton said. “And so many people came to me, started talking to me. The circumstances, the concerns I had about the Republicans taking back the White House, because I think they wrecked what we achieved in the ’90s with 23 million new jobs, I did not want to see that happen again.”

She continued: “But, you know, anybody who knows me who thinks they can influence me: Name anything they’ve influenced me on. Just name one thing. I’m out here every day saying I’m going to shut them down. I’m going after them.”

She later added: “They’re not giving me that much money now.”

But Clinton’s critics have attempted to use the speaking fees to highlight the former secretary of state’s cozy relationship with Wall Street.

His campaign quickly noted the moment Wednesday night. It sent out a release to reporters detailing Clinton’s connections to the investment bank, along with news clips describing the role that Goldman Sachs played in the lead-up to the 2008 financial crisis.

Clinton’s answer prompted several others, like former Obama senior adviser David Axelrod, to question why she still did not appear to have a concrete answer for a question that has come up repeatedly on the campaign trail:

Wow. Spectacularly bad answer on Goldman Sachs speeches, even though she must have known it was coming.

How does Hillary Clinton not have an answer for this “you took huge speaking fees” from Wall Street question?