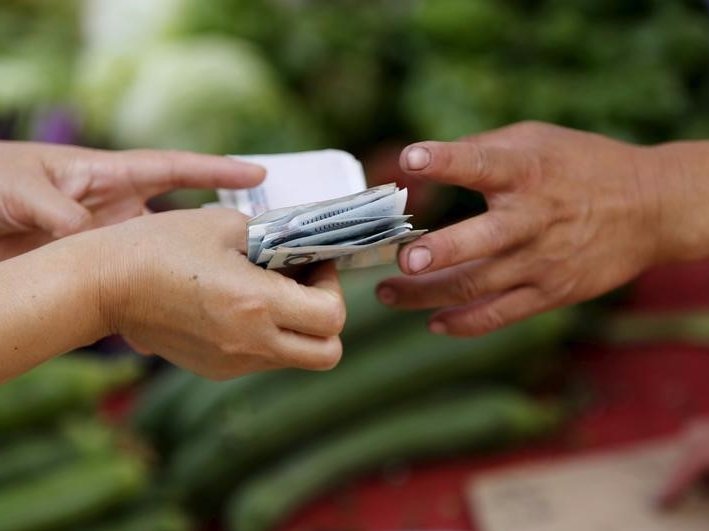 WorldRemit specialises in serving migrants who want to send money back to families in places like Asia and Africa. It’s aiming to displace traditional players like Western Union by undercutting them on price and convenience. It focuses on sending money to and from mobiles and cuts down on overheads by not having a costly branch network like legacy players.

The company is currently doing 400,000 transactions a month, almost double what it was just over a year ago. It doesn’t disclose customer numbers.

The west London-based business, founded in 2010, was valued at $500 million (£345 million) in a $100 million (£69 million) funding round last year, led by Silicon Valley venture capital firm Technology Crossover Ventures (TCV), which has also backed the likes of Facebook, Spotify, and Netflix.

Ahmed says: “This is really for us to expand the network of partners we have in emerging economies. In each receive market we have a number of partners — if you take the Philippines we have probably close to 10 correspondents. We want to replicate that in most of the major receive markets in which we operate.

“It’s worth saying we still have a lot of money from what we raised [last year]. This is just giving us additional money to not worry about working capital.”

Companies like Kenya’s mPesa provide mobile wallets that let people store balances on their phone even if they don’t have a bank account. Services like this are hugely popular in Africa, where 80% of WorldRemit’s mobile money transfers go.

“That gives us the largest market share in terms of global remittance going to mobile money services. We’re far bigger than even the likes of Western Union. That is working well for us and becoming the biggest differentiator for us in terms of the other digital players.”

WorldRemit’s biggest markets for sending money to are Africa, Asia, and Latin America. The average transfer size is £150, excluding India where transfers are generally bigger.

The company charges fees of around 4% for transfers of this size, although fees very depending on the size of transfer and where it is being sent to. 80% of WorldRemit’s revenue comes from outside the UK, with big senders including Canada, New Zealand, and Australia.

WorldRemit is not profitable and many market commentators have questioned whether new digital, lower margin players such as WorldRemit and TransferWise can ever make a profit.

Ahmed says: “It is a relevant question because we’ve always thought revenue and the path to profitability are really key, especially when we see what is happening in the public markets. If you’re not generating sufficient revenue, it becomes very risky.”

WorldRemit says it had revenue of £27 million last year, up from £15 million in 2014. The company made a loss of £10 million in 2014, the most recent period accounts are available for.

Ahmed says: “For us, we never use figures that talk about anything other than the key metric, revenue. If you look back in Companies House, we started publishing our revenues when we were very tiny. We’re not profitable yet but towards the end of the year we’re actually getting close to breaking even.”