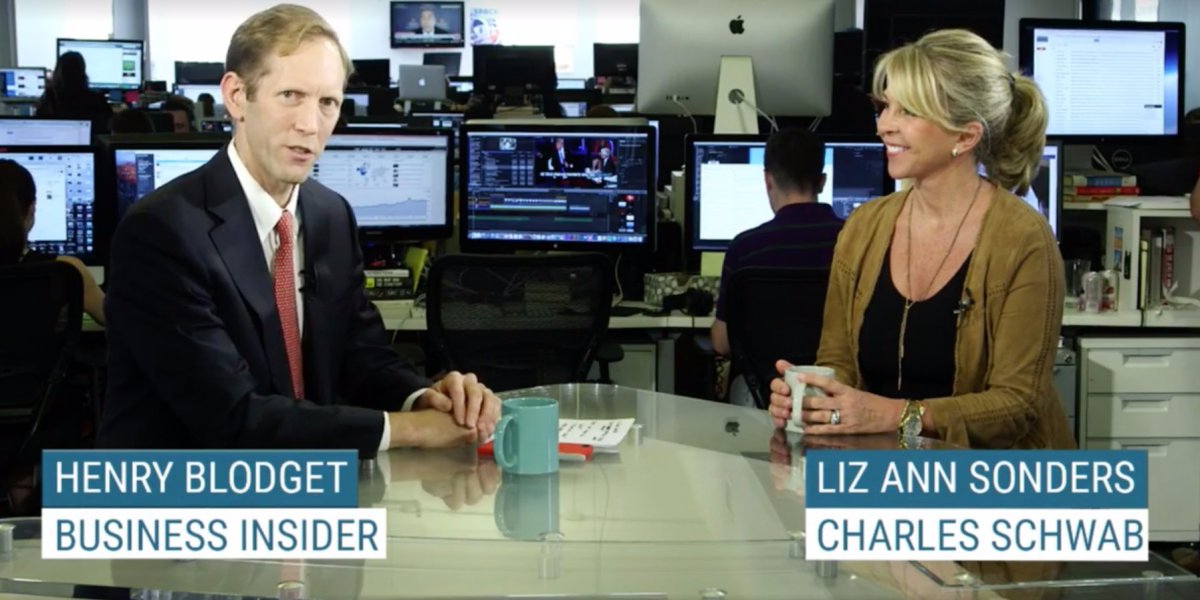 In March 2009, Liz Ann Sonders made a remarkable investment call, sitting on a TV set at the NASDAQ. The financial world was still burning all around her, and many thought it would get far worse before it got any better.

Not long before, at a weekend dinner party, a 35-year Wall Street veteran told Sonders, the chief investment strategist of Charles Schwab, that he thought her company’s business model was dead — that retail customers would never invest again and that the stock market highs of 2007 would never be matched.

Bells went off in her head: Investor sentiment had hit rock bottom. Combined with depressed valuation metrics, she believed the market wouldn’t go any lower. She was right.

“Everything is falling a part, some people are suddenly saying the market is going to crash another 50%. You came out and said, ‘You know what? I think we’re at a bottom.’ Since then, you have been bullish all the way up,” Henry Blodget, Business Insider’s CEO, recently recalled of that moment they shared in 2009.

Charles Schwab has been fortunate to have Sonders calling shots like this over the past nearly 15 years, but she rarely uses her expertise to actively manage her own money.

“I’m not a stock picker. I don’t own individual stocks, I don’t trade individual stocks,” Sonders admitted in her conversation with Blodget this week at Business Insider’s headquarters in New York. “My 401(k) is probably no different than a lot of investors’.”

Sonders says her portfolio is passively managed for the most part — a division of Charles Schwab handles her IRA, and her 401(k) is primarily in ETFs and index funds. She’s okay with risk, so she leans heavy on equities.

The one area where she’s been more hands-on: her children’s 529 college funds, since there’s a time element at play.

“That’s where I’ll maybe throw some market timing in. So we talked about the beginning of 2009, we really ramped up the equity exposure in our kids’ 529s, but more recently have been paring that back a bit,” Sonders said.