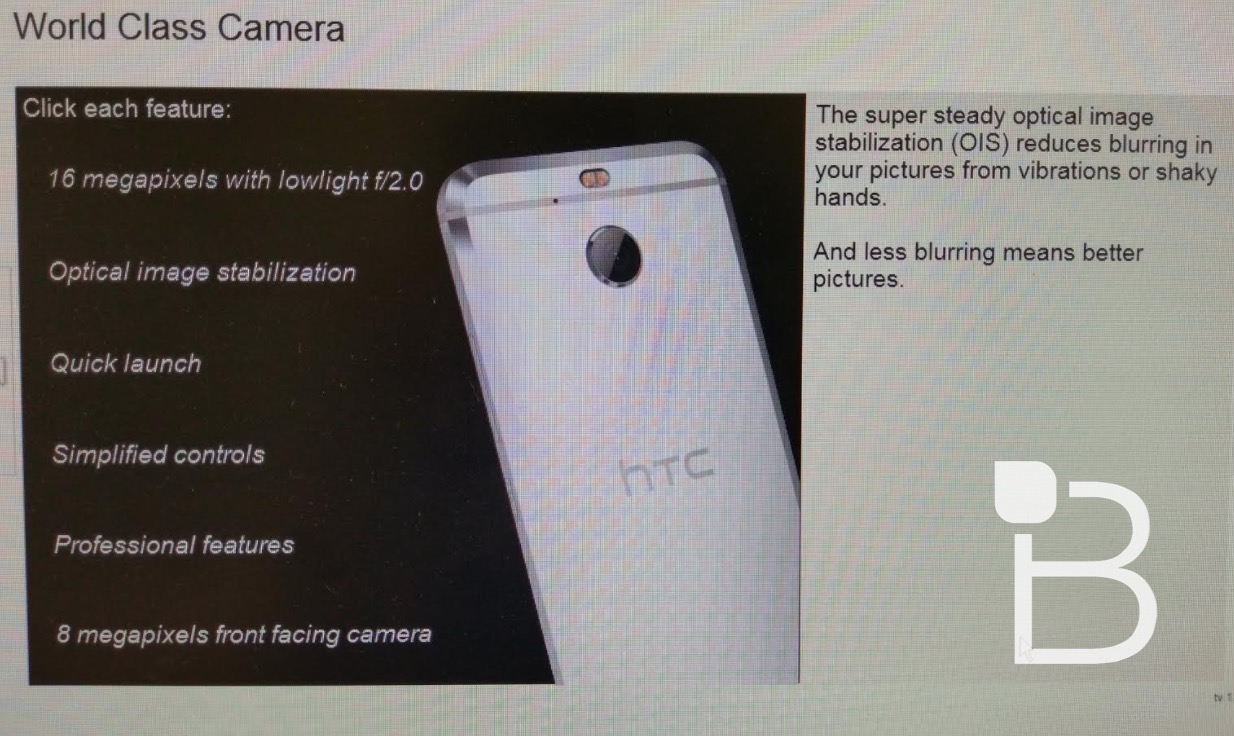 A steady flow of HTC leaks have been hitting as the company’s smartphone appears to near its launch. The latest batch of information provided to TechnoBuffalo includes what might be some new information about the device, which we’re told will be a Sprint exclusive in the U.S.

Our source said the phone will sport a 5.5-inch 2K display and, as the leaked Sprint training documents above show, it will be resistant to water and dust. It won’t have the same protection as the Galaxy S7 and iPhone 7, which offer IP687 water resistance, but its IP57 rating should help protect it against an accidental spill here and there.

The documents also confirm the phone will ship with a 3,200mAh battery with support for a full day’s charge after just 30 minutes at the outlet. A 16-megapixel f/2.0 camera is included with OIS on the back, while there’s an 8-megapixel front-facing camera as well.

Sprint’s HTC Bolt will ship with “adaptive” headphones that apparently offer a speaker that’s 70 percent larger than most headphones, special “BoomSound Adaptive Audio” technology that “provides fuss-free auto measurement and calibration to adapt to your ears” and 24-bit audio processing.

One slide also mentions Amazon Assistant coming pre-loaded, which seems like Sprint is going to load it up with its usual filling of bloatware. Android 7.0 Nougat is confirmed, as expected.

Note that the documents refer to the phone as the HTC Bolt, instead of the HTC 10 Evo, as some earlier rumors have suggested. Looks like that Evo name is out the window.

We’re told the phone will be announced on November 11 but no word yet on pricing or the release date.