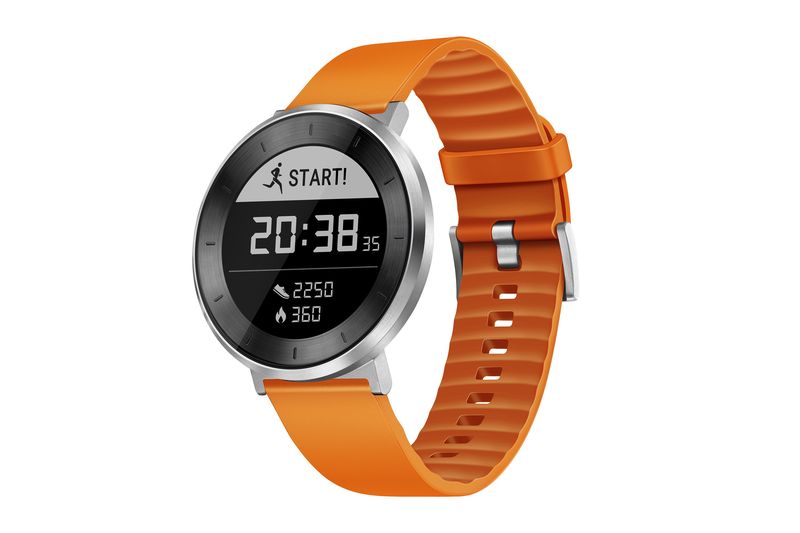 The Huawei Fit that we’ve leaked a few times over the past several days is now official. The smart fitness wearable will make its debut today, one day earlier than expected, and costs $129.99.

There aren’t many surprises here. The Huawei Fit is capable of tracking your heart rate, sleep patterns, steps, calories burned. It can automatically detect when it thinks you’re starting a workout, like if you leave the house and start jogging, and will begin to record your data. Unfortunately, don’t expect to go poring through a map of your run when you get home; it doesn’t offer built-in GPS.

The monochrome display should help extend battery life, which has been a pain point for most wearables. According to The Verge, Huawei promises about six days of use before you’re back at the outlet, which is pretty good all things considered.

The Huawei Fit also has a few basic functions that’ll work in tandem with your smartwatch. Data syncs with a Huawei smartphone application, for example, and it’ll provide basic alerts if you receive a text message. Don’t expect it to do much more than that, though. It’s not so much a smartwatch as it is a fitness tracker.

The Huawei Fit is kind of boring

I’m not seeing a real compelling reason to pick the Huawei Fit over another wearable. Samsung’s Gear Fit 2 costs a bit more at a$179, but it adds support for GPS. I’d also consider picking up a Pebble instead. The choice is yours, the Huawei Fit should be available sometime today from Amazon, Best Buy and Newegg.