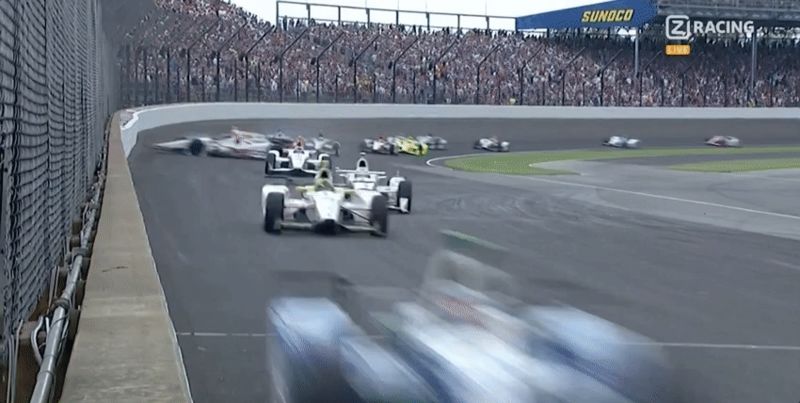 Just moments after Fernando Alonso’s engine blew to bring out the yellow flag at the Indianapolis 500, five cars wound up in a massive crash with less than 20 laps to go in the race. Between engines blowing and cars crashing, it doesn’t seem like we’ll have much of a field left by the end of this thing.

The wreck started with the No. 18 of James Davison and the No. 16 of Oriol Servia, who got together while racing side by side and wrecked into the outside wall. Josef Newgarden, Will Power and James Hinchcliffe weren’t directly involved in the original contact, but wound up wrecking behind the two.

The race went back to green with 11 laps to go and Max Chilton in the lead ahead of Takuma Sato.

Honda’s Reliability Problems Just Took Out One Of The Indy 500 Leaders [Update: And Another]