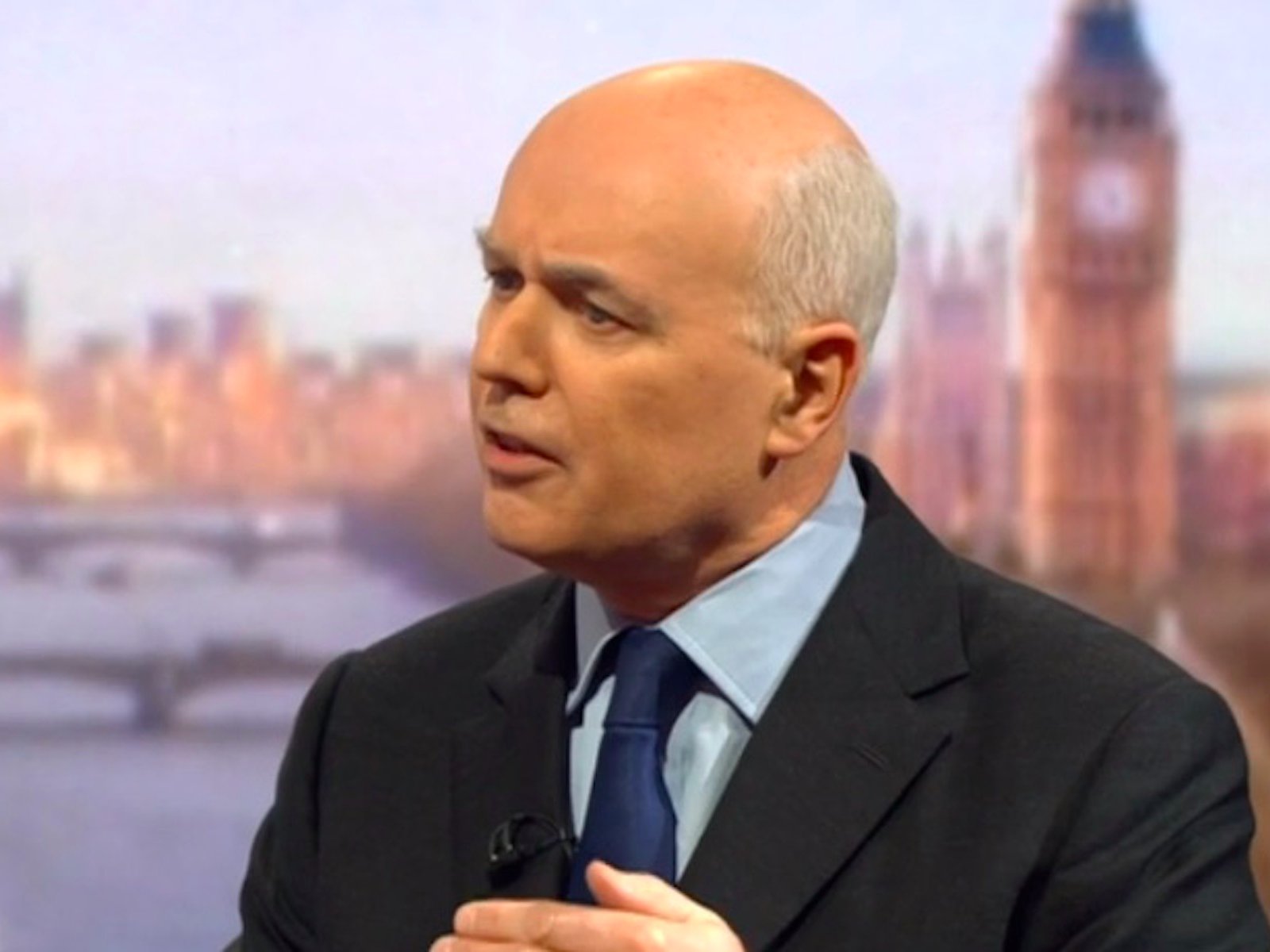 Britain’s work and pensions secretary Iain Duncan Smith dramatically quit the cabinet on Friday night after claiming it was because the government’s planned cuts to disability benefits were “indefensible” and a “compromise too far.”

However, politicians, Britain’s opposition Labour and some members of the public speculated that since he has been in charge of cutting welfare since 2010, him leaving the cabinet is more self-serving and to do with the EU referendum.

But in his first interview since his resignation, on The Andrew Marr Show today, he reiterated that his decision “is not some secondary attempt to attack the Prime Minister or about Europe.”

“I am resigning because I want my government to think again about this (the changes to disability benefits announced in the Budget this week) and get back to that position, I believe, which is about being a one nation,” he said on the show.

“I’ve never ever hidden my views on something and I’m not doing it now. I’m genuinely, genuinely concerned.”

He even added that he thought about resigning last year and he “progressively got more and more depressed [that] we were running to an arbitrary welfare agenda.”

His resignation was a shock because although he criticised the government’s new cut in disability welfare, he has been at the helm of various benefit cuts since 2010.

Changes announced ahead of the budget on Wednesday suggested amendments to the Personal Independence Payments, set to replace the Disability Living Allowance next year, would save £1.3 billion a year in spending. However, hours before Duncan Smith’s resignation on Friday, UK Chancellor George Osborne had offered to delay the planned changes to welfare spending, The Daily Telegraph reported. In his budget, Osborne said the government would be spending an extra £1 billion on the disability budget.

“He’s [Duncan Smith] suddenly found a conscience now. I wonder where the conscience has been hiding for the last six years?” said the leader of Britain’s main opposition Labour Jeremy Corbyn to the BBC on Friday.

“This is a man who’s presided over some pretty appalling policies. I really think the problem is the Chancellor George Osborne, who balances a budget on the basis of cutting PIPs then I listened to the budget on Wednesday and it was very clear to me that was what he intended to do.

“This really seems to be about the European referendum campaign. He seems to want to do maximum damage to the party leadership in order to further his campaign to try to get Britain to leave the EU,” said Lady Altmann in a statement reported the BBC.

“As far as I could tell, he appeared to spend much of the last few months plotting over Europe and against the leadership of the party and it seemed to me he had been planning to find a reason to resign for a long time.”

“It’s no secret that IDS and George Osborne are not close politically, I don’t think they’ll ever go on holiday together. But more seriously, there was a running sore throughout the (Conservative and Liberal Democrat) coalition over welfare policy,” said former Liberal Democrat minister David Laws on The Andrew Marr Show.

“George Osborne, I think it’s fair to say, did regard the welfare budget as something of a cash cow to be squeezed in order to help to deliver deficit reduction. Duncan Smith had a different view. He certainly was no lefty over welfare and welfare cuts but he saw more of the purpose of welfare reform as to help people into employment and he was often therefore opposed to cuts that the Treasury was proposing.”