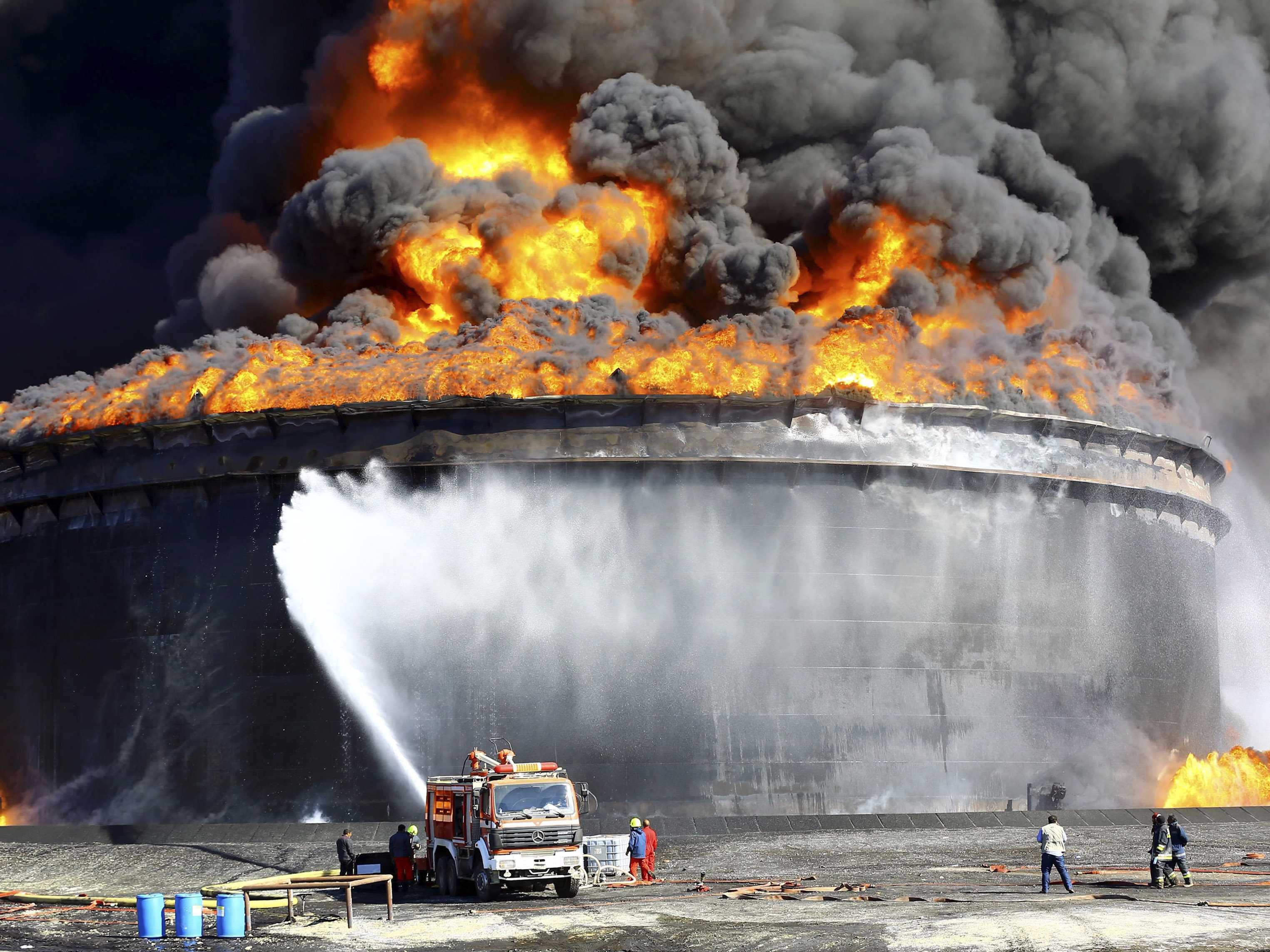 REUTERS/StringerFirefighters working to put out the fire of a storage oil tank at the port of Es Sider in Ras Lanuf in 2014.

Oil prices will stay low, and the imbalance of supply and demand in the markets will increase even more, according to the latest Oil Market Report from the International Energy Agency, released Tuesday.

The price of the world’s most important commodity has crashed more than 70% since the summer of 2014, with oil trading at its lowest levels in a decade.

Volatility has been a huge issue this year, with prices rising and falling by as much as 8% on a seemingly daily basis.

The big issue affecting the price of oil is one of the most basic of all economic principles: supply and demand. Oil is flooding into the market thanks to massive production from the OPEC nations, and global demand for oil, despite being at five-year highs, just can’t keep pace.

The IEA’s monthly release provides a snapshot of what’s going on globally in the oil markets, and this month it doesn’t provide much encouragement for anyone who thinks the price of oil will rise.

The IEA has increased its forecasts of how much oil supply will outstrip demand over the first half of 2016, saying 1.75 million more barrels of oil a day will be produced than are needed, up from the 1.5 million barrels forecast in January.

That means the price of oil is going nowhere, or at least nowhere upward. As the IEA puts it, “With the market already awash in oil, it is very hard to see how oil prices can rise significantly in the short term.”

OPEC’s almost total refusal to even consider cutting production is the big driver of oil’s stubborn low prices, and that is reflected in the IEA saying the confederation of producers pumped out 280,000 more barrels every day last month than in December.

This has been helped by Iran’s reentry into the global markets after the lifting of sanctions in January. Since then, it has increased production by 80,000 barrels a day to 2.99 million, the IEA says.

In the past few weeks many of the world’s biggest banks, trading firms, and brokerages have weighed in with predictions about the oil price — and the vast majority have been negative. Credit Suisse, Bank of America Merrill Lynch, Barclays, HSBC, and Citi have all cut price forecasts, and on Tuesday morning Morgan Stanley became the latest to chip in, estimating that oil will trade in the range of $20 to $30 a barrel next year.