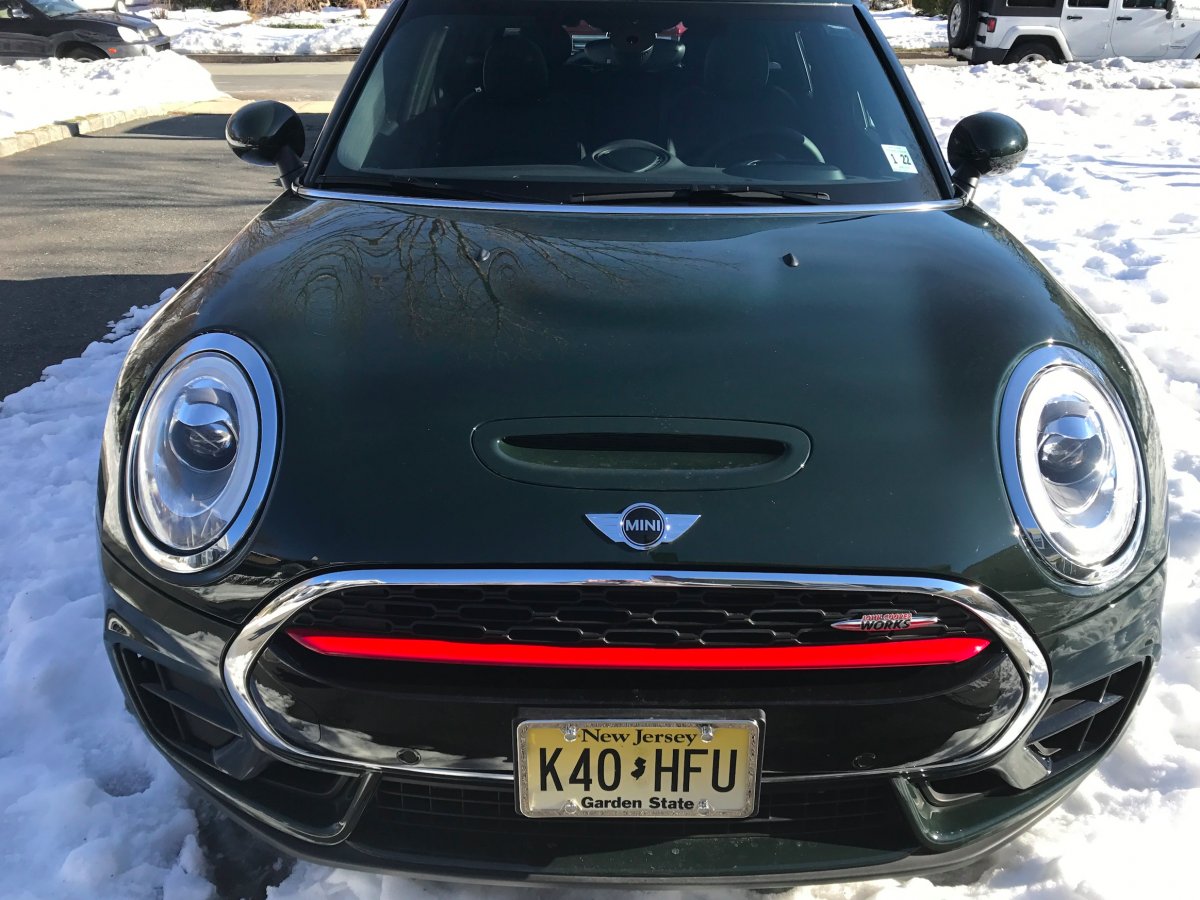 So what’s the verdict?

The Clubman package is exactly what it’s supposed to be — an oddball, slightly stretched two-door hatchback that doesn’t have a hatch. You used to be able to call it something like a pocket shooting brake, but with the additional rear doors it’s now more of a proper wagon. It’s too low-slung to be an SUV or a crossover, although it offers some of the versatility of those popular vehicles, with a design that’s much groovier (if getting somewhat long in the tooth, with the whole retro-car craze receding in the rearview).

Adding the All4 all-wheel-drive system makes the Clubman a better bet for those who suffer Northeastern weather, as we learned. It also gives the Clubman a more surefooted, rally-car-type grip when the horsepower is bumped up by the JCW treatment.

Ah, the JCW treatment. Well, let’s give it to you straight: The JCW MINI is bonkers and frankly rather demanding to drive. The JCW Clubman is far more domesticated.

That might sound as if we’re saying that the JCW Clubman is boring. Actually, we are saying that the JCW Clubman is more boring — if you’re frame of reference is its insane little brother. So be it. It’s a good thing. All the wildness of the JCW MINI in a larger package that isn’t going to keep you awake at night, a tremble with memories of mad forays into the freeway. This car is a heckuvalota fun to drive. Versus, you know … terrifying!

Seriously. The JCW Clubman agile and peppy, with a satisfyingly burpy exhaust note, backfiring in all the right places. The nearly 230-horsepower turbo motor blasts the JCW Clubman from zero to 60 mph in scooch under 7 seconds, all while serving up an EPA-rated 23 mph city/31 highway/26 combined, which is very respectable for a vehicle that’s this much fun.

Admittedly, the MINI design concept — an upgrade of a Swinging London idea that was fresh a few decades back and has now slipped into icon status — isn’t what it used to be. But it continues to stand out, with adherents, admirers, and aspirants alike continuing to show enough enthusiasm for the look to prevent BMW from jettisoning the brand (a move that would be very angrily meet by MINIstas).

As far as a target buyers goes, we figure its stylish couples, perhaps with a pet. Maybe with a child. One child. A family larger than that and the Clubman’s limitations will become too glaring. Beyond that demographic, we’re taking empty nesters, groovy retirees, and people who already have a MINI Cooper and wants a second MINI.

When it comes to the JCW aspect, all those categories narrow and you have to ask yourself if you need to performance boost. I say, why not? But in that case you are adding an extra $10-$15,000 to the price tag. And anyone who balks that that might want to have a look at a VW GTI, which gets you 227 horsepower in a less design-y presentation — or so says BI’s Ben Zhang.

You won’t be sorry if you do go for the MINI when it’s time to do a bit of that old-school MINI motoring. Fun costs, but it’s worth it.