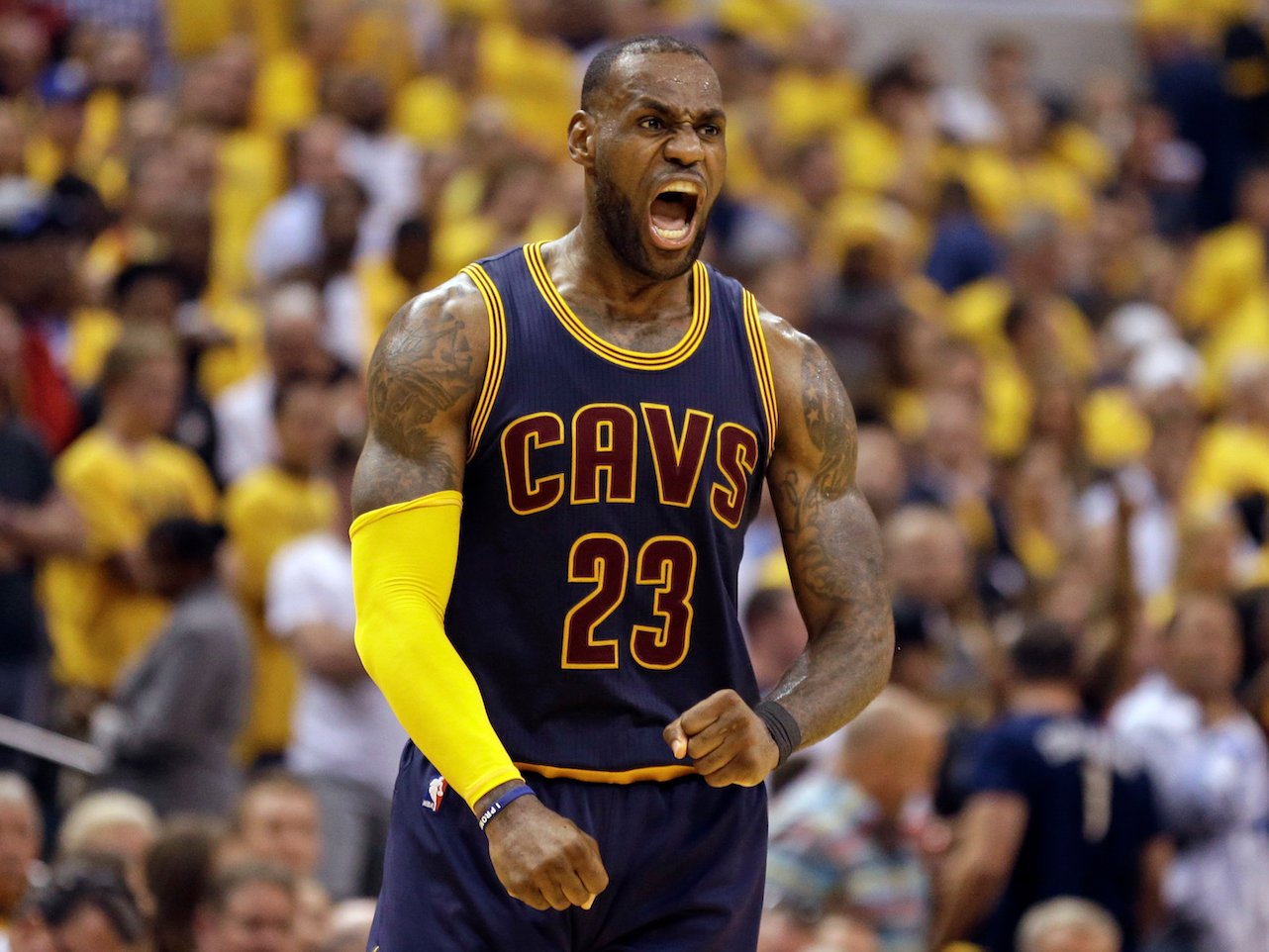 LeBron James put together one of his finest performances on Thursday in Game 3 to lead the Cleveland Cavaliers back from a 26-point deficit to beat the Indiana Pacers.

To start the game, the Cavaliers raised serious questions about their defense and overall cohesiveness, giving up back-to-back 37-point quarters in the first half. Their defense was slow and non-communicative, as Paul George led a fired-up Pacers squad.

The Cavs trailed 74-49 at the start of the third quarter. They slowly chipped away at the lead, but still found themselves down 20 with just under five minutes left in the quarter. Then, LeBron started taking over. After a finger roll, he then hit back-to-back deep threes to cut the lead to five late in the quarter.

He saved his best for the final frame, however, taking the court to start the quarter with reserves Deron Williams, Iman Shumpert, Kyle Korver, and Channing Frye. Surrounded by shooters, James had room to operate, knifing into the lane to get to the rim, blowing by any Pacer that stood in his way. When the defense collapsed, he found open shooters.

As is often the case with James, it was his end-to-end dominance that stood out. Without a true center on the court, James took control of the boards, and even with Williams technically manning the point guard, James controlled the ball, running the offense, methodically wearing the Pacers down. A freight train running all 94 feet of hardwood.

With 7:16 remaining in the fourth, the Cavs called a timeout, down two. James exploded out of that timeout with a driving dunk. On the ensuing Pacers possession, Shumpert knocked the ball away from Paul George. James took the ball, racing down court, faking a pass to the corner to make Pacers guard Monta Ellis jump, then throwing down a vicious dunk.

Less than a minute later, James then cut into the lane again, and as the defense collapsed, flicked a pass behind him to an open Frye. The Cavs took the lead 103-101.

40 seconds later, James again got to the basket for a finger roll. Two minutes later, he hit what may have been the dagger three, catching the ball off-balance in the corner, and tossing up a rainbow that went in. It was the type of lethal injection James has made his signature — imposing his will, physically, on his opponents, then, as they brace themselves for more, putting on the feather finishing touches. In the second half alone, James went for 28 points, six rebounds, and seven assists, with no turnovers. The Cavs outscored the Pacers by 30 with James on the court.

These Cavs have been analyzed ad nauseam of late — if they can flip the switch in the postseason, if they simply have the composition to be a repeat champion. One second half will not put to rest those questions. But as James proved in squeezing the life out of the Pacers, there isn’t a more destructive force in basketball than an engaged, determined LeBron.