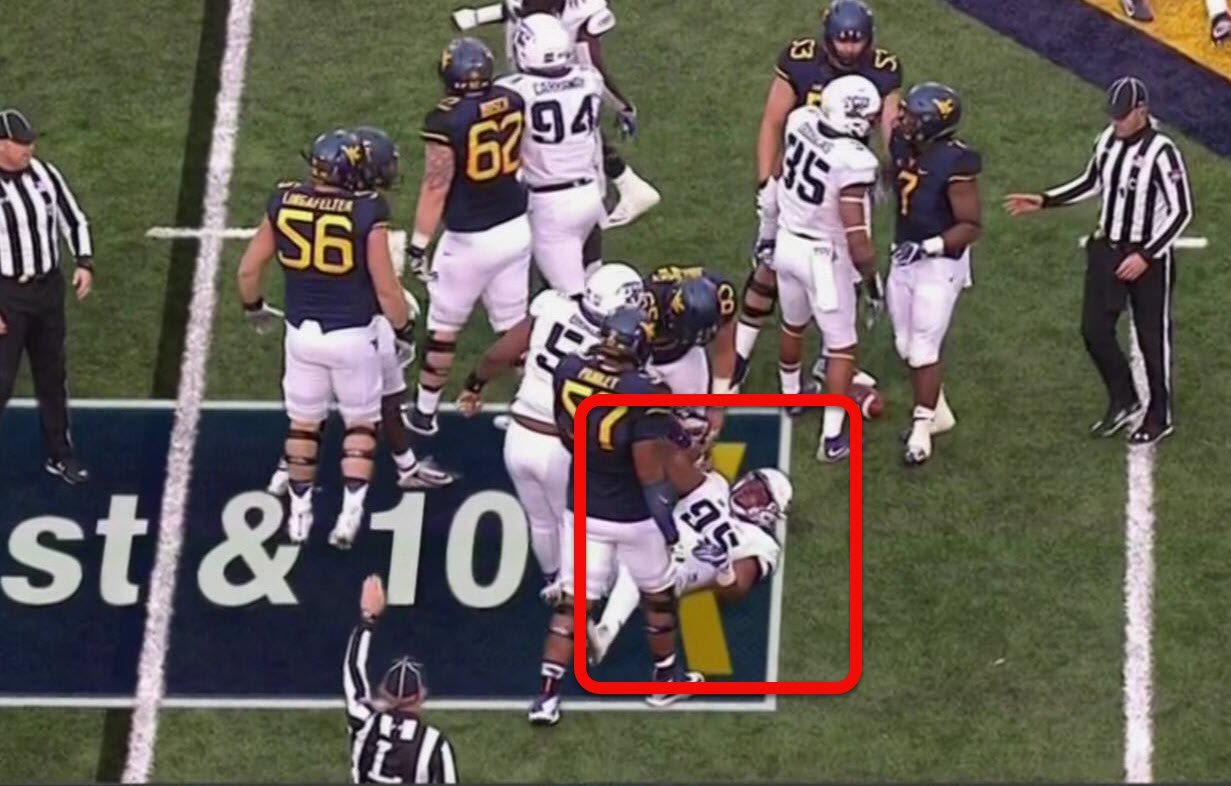 A scary scene unfolded during West Virginia’s win over Texas Christian when TCU defensive lineman Aaron Curry started choking on his chin strap and had to be saved by other players and an official.

The bizarre incident occurred in the third quarter on what appeared to be a standard running play by West Virginia.

However, after the players came off the pile, panic erupted when others realized that Curry was choking. As you can see in the image above, Curry’s chin strap had fallen down from his chin and was caught around his neck. Several players, an official, and even a West Virginia player, worked frantically to get the chin strap off, eventually getting the helmet loose.

Curry was OK, and even returned to the game later on.

It is incredible, and lucky, that this doesn’t happen more often.