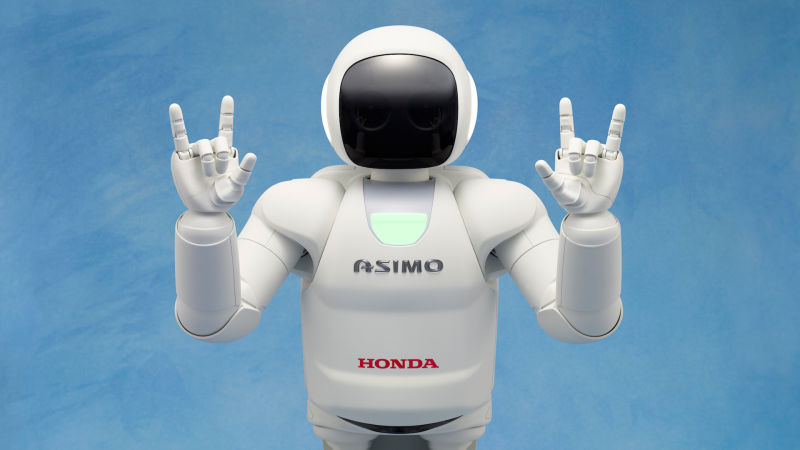 A robot will tell an entire field of Verizon IndyCar Series drivers what to do on Sunday, and those drivers will willingly comply. This really is the beginning of the end.

In case other goings on in this world have failed to make you terrified of our future as a human race, here’s some exciting news from the folks at IndyCar: rather than having a real, live human who breathes air and is completely mortal give the command for drivers to start their engines at the Honda Indy Grand Prix of Alabama, there will be a robot telling them what to do and when to do it.

Sound miserable? Get used to it, probably. At this rate, the machines will take over everything in a matter of years. We will be but pawns for their artificial intelligence-led wants and desires. Mostly vaporizing, of course.

This robot, named “ASIMO,” is apparently pretty nice and helps people who need assistance in their daily activities. But didn’t Skynet start with good intentions, too? Look at how that ended up.

The robot has conducted orchestras and rung the opening bell on the New York Stock Exchange, among a bunch of other human-like things, and an IndyCar release says it’ll have a few duties this weekend as well:

ASIMO’s grand marshal duties will include providing the famous command, “Gentlemen, start your engines” before Sunday’s 90-lap race on the 2.3-mile permanent road course in Birmingham, Alabama. The humanoid robot will also partake in educational demonstrations throughout the weekend for fans attending the track.

The command language is dated, but the impending doom this robot brings with it sure is not!

The robots are taking our jobs, they’re learning how we drive, they’re reading our minds, they’re running our car races for us and now, they’re telling us when to start our engines.

We must resist! The robots are not our overlords, yet!

It Ain’t Over Until The Important Parts Are Busted

What The Hell Is Happening With IndyCar’s Brakes?