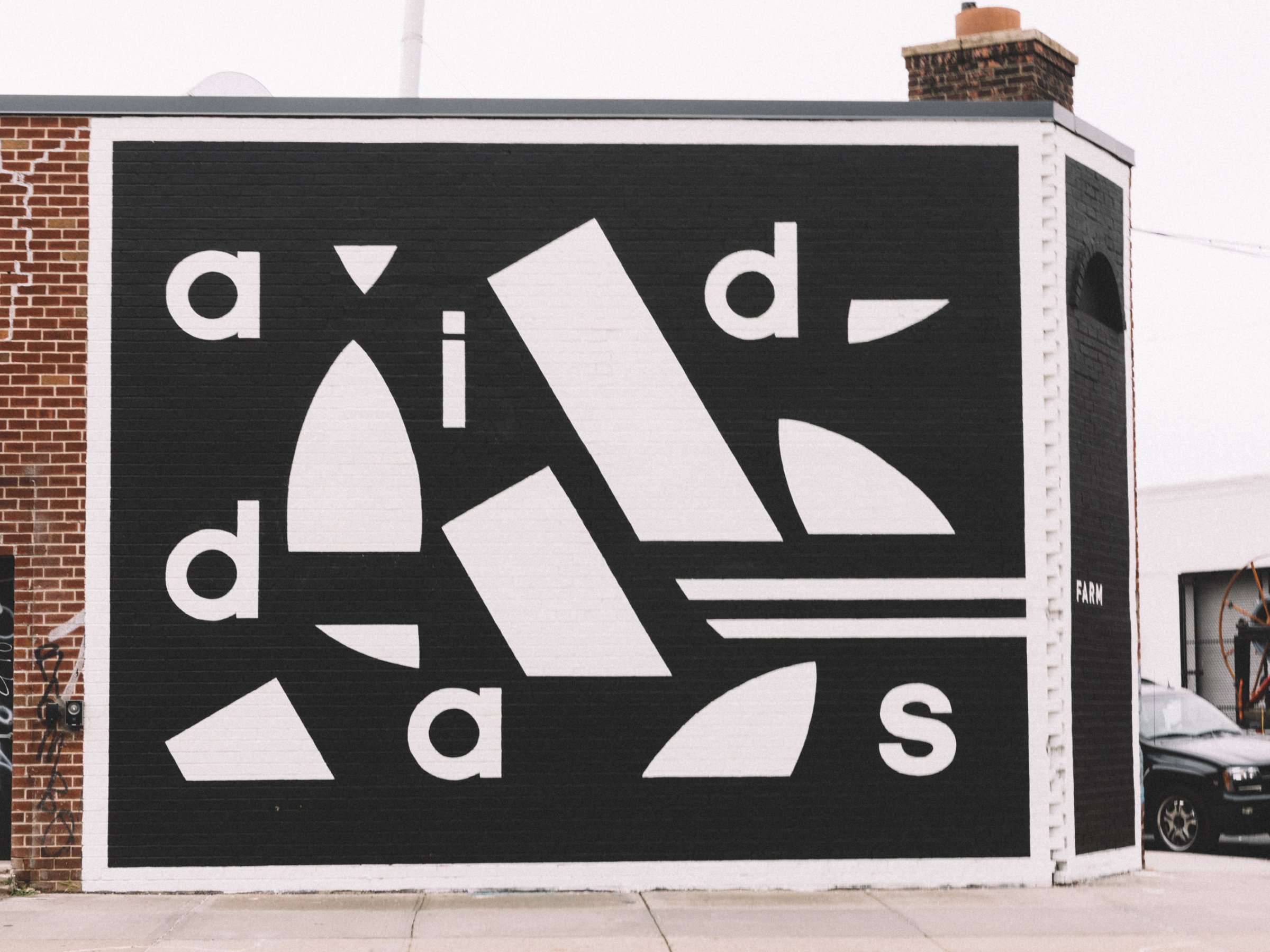 Adidas painted a mural on the side of the Adidas Brooklyn Creator Farm.Adidas

In Greenpoint, Brooklyn, in an unassuming warehouse space just across the street from a stone supplier, Adidas is plotting the future.

That’s where the company has built its Brooklyn Creator Farm, a relatively secret location where Adidas hosts a small team of designers from studios around the world.

Adidas recently let Business Insider have a peek at what goes on inside this design HQ situated in one of the cultural epicenters of the world.

The farm is separated into two parts: the designer’s area, and the Adidas’ Brooklyn MakerLab. The MakerLab — which is one of three in the Adidas ecosystem — has all the high-tech machinery and materials needed to create any kind of sneaker or piece of apparel the designers can dream up. The manger of the lab, Michael Nash, called it “Disneyland for designers.”

The designer’s area itself is chock-full of idea boards and materials to inspire. There are no assigned seats, a strategy that is mean to foster collaboration. Adidas has both full-time designers and rotating classes of designers. After their stay ends, those designers then go back to their home studios in Germany or Portland, Oregon, and take what they learned and experienced with them.

The farm isn’t your typical design studio. Global Creative Director Paul Gaudio said it’s called a farm because the brand wanted the space to be “earthy and real and where you can get your hands dirty.”

“It’s meant to be a little provocative, but it’s where we cultivate talent,” Gaudio said. The chief question on the board now: what’s new for 2020. While the rest of Adidas is focused on 2019 and 2018, the farm team is tasked with pondering the future.

Though Adidas is looking for designs and ideas to be produced, there aren’t specific demands for designs that must be immediately brought to market. As an example, he mentioned basketball, a category that has slowed down dramatically for Adidas in recent months. Gaudio sees that as an opportunity, and one that the farm is focused on.

“You need to understand what’s the nature of the sport today — the culture that surrounds the sport, the needs of the athlete in that sport. What are their values, hopes, dreams, desires?” he said. “It’s one thing to say basketball players need traction, support, and comfort … how do you shape that into an offering that’s culturally connected, that will be accepted?”

The farm is an attempt to be “down on the ground,” for designers to gain insight that will help them create products that consumers will connect with emotionally — and not just use as tools.

“People don’t buy sports products … just because they need a new pair of shoes,” Gaudio said. “They want a new pair of shoes. You need to be able to blend those cultural insights and desires with the purpose of the product, the functional needs. That’s the kind of thing we explore here.”

The farm designers are influenced by the fluid and dynamic culture of where they are in Brooklyn. For example, a designer can join a night running group and learn not just what they need from a running shoe, but what these runners do for fun and what kind of lives they lead.

“Brooklyn offered an industriousness in that it is in some areas still industrial, and in other areas very entrepreneurial, very creative. There’s a lot happening,” Gaudio said. “It’s dynamic.” It also offers Adidas a chance to do some things a little differently. Among the farm designers is a 17-year-old named Nigel who hails from the local community. Dolce said Nigel found him on Instagram and contacted him there to offer an internship at the farm.

The farm is a big part of Adidas’ strategy of being more attuned to its consumers’ needs and desires.

“In the end, it’s very much a brand statement,” Gaudio said. “It’s who we are; It’s who we want to be. It’s so deeply connected to that strategy of understanding where culture happens. New York City is the place.”